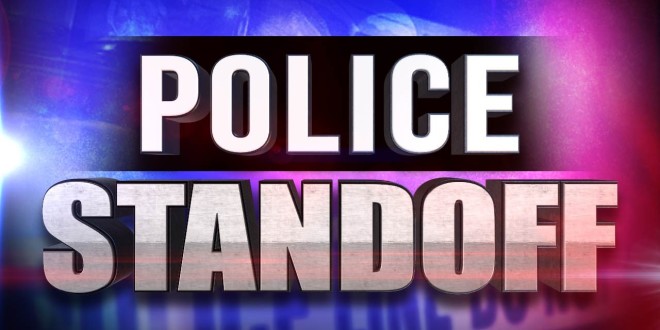 Monticello-A subject who had barricaded himself inside an apartment, surrendered today to police after a four hour standoff.

The situation started at approximately noon today when Indiana State Parole Officer William McBee along with members of the Monticello Police Department went to serve an emergency violation of parole warrant on Richard D. Hill. 49 of Monticello. When officers arrived at 1401 North Main Street, contact was made with Hill, who then made threatening remarks to police and would not come out of the residence. The officers retreated back and cordoned off the area.

After setting up communications with Hill, Indiana State Police were contacted for hostage negotiators and the Special Operations SWAT Team. After several hours of negotiations, Hill walked out of his apartment and surrendered to the SWAT team. He was taken to IU White Arnett Hospital in Monticello where he was being evaluated. No police officers or the suspect were injured during the crisis.

I play on the radio from 7 am -1 pm weekdays on 98.9 FM WYRZ and WYRZ.org. Follow me on twitter @WYRZBrianScott or e-mail me at brian@wyrz.org.
Previous IMPD Investigates Officer Involved Shooting at 10th Street and Rural Street on the East Side of Indianapolis
Next Governor Pence Names Carolene Mays-Medley Executive Director of White River State Park Development Commission