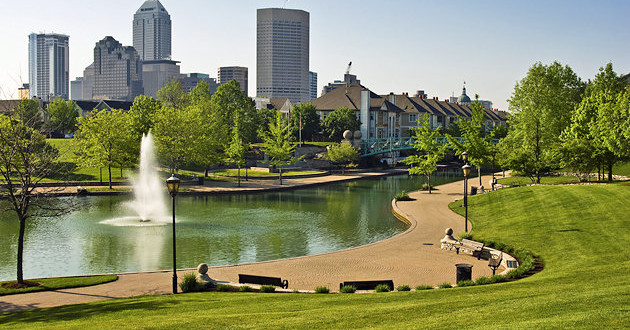 Indianapolis – Governor Mike Pence today named Carolene Mays-Medley as Executive Director of the White River State Park Development Commission, effective Monday, April 11. Mays-Medley most recently served as vice-chairman and commissioner of the Indiana Utility Regulatory Commission, where she has served since her appointment by Governor Mitch Daniels in 2010 and reappointment by Governor Pence in 2014.

“Carolene Mays-Medley has a long track-record of distinguished leadership serving the Indianapolis community,” said Governor Pence. “I am thankful to Bob Whitt, as the White River State Park has thrived under his leadership during his eleven years as Executive Director, and I am confident that Carolene will continue to expand upon the Park’s success. I appreciate Carolene’s willingness to lead the White River State Park as its Executive Director and look forward to her continued service to the state of Indiana.”

Mays-Medley serves as the chairperson of the Critical Infrastructure Committee for the National Association of Utility Regulatory Commissioners and as a member on the Water and Washington Action committees.

She serves on numerous community boards and committees including Peyton Manning’s PeyBack Foundation Board and the Indiana Sports Corporation Board and Executive Committee. Mays-Medley also serves as the Chairperson for the 2016 NCAA Women’s Final Four (WFF) games and was Chairperson for the WFF in 2011 and in 2005. She was the 2015 NCAA Men’s Final Four Volunteer Chairperson, the 2012 NFL Super Bowl – Indianapolis Division Chairperson of Administration, and served on the Indianapolis Capital Improvement Board from 2010 – 2016.

Formerly, Mays-Medley served three terms as a state representative in the Indiana House of Representatives and as publisher and president of the Indianapolis Recorder Newspaper and the Indiana Minority Business Magazine.

Mays-Medley is a member of Eastern Star and Heartland Churches, Alpha Kappa Alpha Sorority, Indianapolis Chapter of the Links, and Northeasterners. She is married to Fred Medley and has one daughter, Jada, and three step-sons, Frederick II, Niles and Chase.

I play on the radio from 7 am -1 pm weekdays on 98.9 FM WYRZ and WYRZ.org. Follow me on twitter @WYRZBrianScott or e-mail me at brian@wyrz.org.
Previous Monticello Man Surrenders Peacefully After Barricading Inside Apartment
Next Coats Introduces The RECOUP Act, Legislation to Recover Additional Fraudulent Obamacare Payments