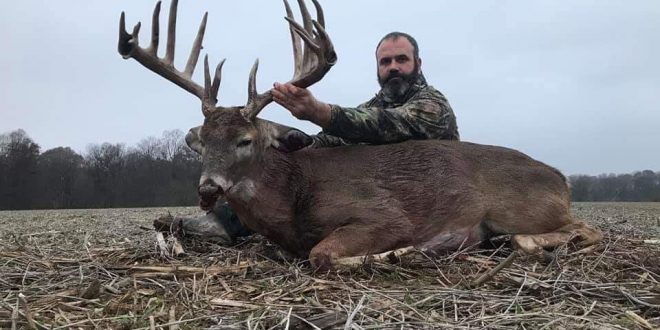 The investigation stemmed from a complaint of hunting from an off-road vehicle (ORV) and trespassing on Nov. 18, 2018 during the time McCollough had claimed to have killed a trophy class deer. Electronic check station records revealed inconsistent reporting of the deer killed by McCollough. An interview with McCollough revealed additional discrepancies in his hunting activities.

Search warrants were issued and served on the cellular phone in McCollough’s possession. Data retrieved from the phone account revealed text messages sent by McCollough earlier in the day of the alleged incident expressing intent to hunt without obtaining a valid hunting license. Other text messages sent by McCollough to two additional phone numbers that afternoon described him killing the deer and were time-stamped approximately 45 minutes prior to him purchasing the appropriate license online.

Information on Indiana’s hunting regulations is at hunting.IN.gov.

I play on the radio from 7 am -1 pm weekdays on 98.9 FM WYRZ and WYRZ.org. Follow me on twitter @WYRZBrianScott or e-mail me at brian@wyrz.org.
Previous Voter registration ends Monday
Next Girl dies in fatal crash at dangerous Brownsburg area intersection