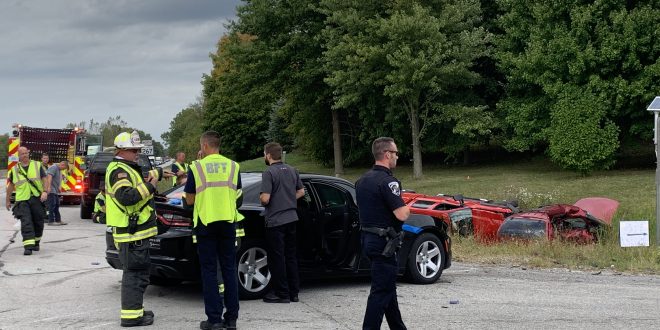 BROWNSBURG, IN (October 2nd, 2019) – A crash at a known dangerous intersection resulted in three victims transported. One of the three victims, a juvenile girl, died from her injuries.

Brownsburg firefighters and paramedics were alerted to the crash at State Road 267 and County Road 1000 North at 4:15 pm, October 2nd, 2019. Additional reports from callers on the scene led dispatchers to send additional resources even before our first units arrived. Although 3 crashes were involved in the crash, one car received only minor damage. The other two vehicles sustained substantial damage. In addition to our units, an emergency department physician responded to the scene as well.

A spokeswoman for Hendricks County Sheriff’s Office, Captain Amanda Goings, said in a press release Wednesday night that two juveniles in a Mercury minivan were hurt in the crash and taken to an Indianapolis hospital where one of them died.

The driver of the pickup, the only person in the truck, was taken to a local hospital with minor injuries.

I play on the radio from 7 am -1 pm weekdays on 98.9 FM WYRZ and WYRZ.org. Follow me on twitter @WYRZBrianScott or e-mail me at brian@wyrz.org.
Previous Man charged with multiple hunting violations in Putnam County
Next Weekend Work: Construction Around Marion County