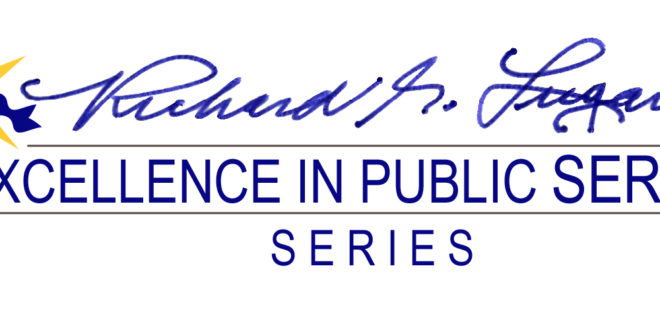 INDIANAPOLIS – The Richard G. Lugar Excellence in Public Service Series has begun accepting applications for its 2016-2017 Class – the 27th since the program’s inception.

Inspired by the leadership of former U.S. Senator Richard Lugar, for over 25 years The Lugar Series has sought to provide a first-class leadership training experience that encourages, mentors and prepares selected women leaders from across Indiana to seek new levels of personal achievement and public involvement.  The program gives participants unique access to public officials and an effective and diverse statewide political network.

Founded in 1990, a total of 469 women from around the state have completed the program to date.

Lugar Series applicants should have demonstrated leadership skills in their fields of work or community service and will be evaluated on the basis of written and oral presentations.

“My commitment to encourage women to enter government and political service continues through my association with members of the twenty-six classes,” said Senator Richard Lugar.  “They have set a high standard for future classes and I look forward to working with them as they advance in the public sector.”

“Our mission is to increase the number of Hoosier Republican women in key elected and appointed governmental and political positions, including advisory and regulatory commissions at the local, state and federal levels,” said Judy Singleton and Higher Education Commissioner Teresa Lubbers, the co-founders of the program.

Singleton added, “We have built a wonderful success story of helping Republican women move into the public policy and government service arena.”

The Richard G. Lugar Excellence in Public Service Series is a not-for profit organization funded and operated by the voluntary contributions of individuals and organizations.

For more information about the Lugar Series contact Anne Hathaway at LugarSeries@gmail.com or visit www.LugarSeries.com

I play on the radio from 7 am -1 pm weekdays on 98.9 FM WYRZ and WYRZ.org. Follow me on twitter @WYRZBrianScott or e-mail me at brian@wyrz.org.
Previous Hendricks Regional Health Celebrates Nature Play Days
Next Schools and Youth Organizations Receive Funds to Assist Indiana’s 21st Century Scholars