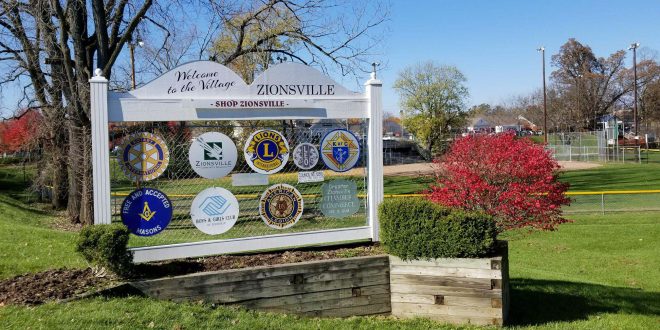 SOUTH WILLIAMSPORT, Pa. (November 10, 2017) – Following a 14-month selection process, Little League® International has officially announced Zionsville, Ind., as the new permanent home for the Central Region Headquarters. The decision was made during the Little League International Board of Directors meeting on November 10 following a thorough evaluation of communities who responded to a Request for Proposal (RFP) last fall.

“On behalf of the Little League International Board of Directors, we are proud to announce Zionsville as the new home for the Central Region Headquarters,” said Hugh E. Tanner, Little League International Board of Directors Chairman. “Throughout this entire process, Zionsville has truly embraced Little League to the fullest extent and made clear its intent to support Little League’s operations. We are looking forward to the future that this community will offer for our Central Region Headquarters and for the hundreds of thousands of Little Leaguers that are supported by our staff throughout the region.”

“We are very excited to be able to call Zionsville the new home for our Central Region Headquarter and are looking forward to what the future holds in this community and throughout the region,” said Stephen D. Keener, Little League President and CEO. “We are very grateful for all of the communities that were involved in the relocation process, and are thankful to all the leaders within those communities that helped along the way.”

Throughout the selection process, Zionsville proved to be a location that offers adequate facilities, strong infrastructure, and a supporting community that appreciates and understands the ideals of Little League. As part of the agreement, communities were asked to help raise $1.5 million to help offset the costs of relocation, and Little League will work with those community leaders with their endeavors.

The Central Region Headquarters will be located on the southwest corner of Whitestown Parkway and South 875E, just south of the Zionsville High School Baseball and Softball Complex. With the location now established, Little League will work with local contractors on the design and construction of the facility, which will include a championship stadium. The facility is anticipated to open in 2019.

Established in 1989, the Central Region Headquarters is currently located in Indianapolis, Ind. It is one of five Little League regional offices located in the United States and serves as the administrative center for Little League Baseball and Softball activities in Kansas, Kentucky, Illinois, Indiana, Iowa, Michigan, Minnesota, Missouri, Nebraska, North Dakota, Ohio, South Dakota, and Wisconsin.

Collectively, the Central Region Headquarters, with the guidance and assistance provided by 89 volunteer District Administrators, coordinates operations for approximately 26,000 teams and 375,000 players participating in all levels of Little League Baseball and Softball.

The current contact information for the Little League Central Region Headquarters, including the regional staff members, will remain the same until further notice and can be found at LittleLeague.org/Contact. The 2018 Little League Baseball® Great Lakes and Midwest Region Championships and Little League Softball® Central Region Championship tournaments will once again be played at the Grand Park Sports Campus in Westfield, Ind., as the relocation process gets underway. Grand Park Sports Campus hosted these tournaments in 2017, as well. All media inquiries regarding the Central Region Headquarters relocation should be directed to media@LittleLeague.org.

Founded in 1939, Little League® Baseball and Softball is the world’s largest organized youth sports program, with nearly 2.4 million players and one million adult volunteers in every U.S. state and more than 80 other countries. During its nearly 80 years of existence, Little League has seen more than 40 million honored graduates, including political leaders, professional athletes, award-winning artists, and a variety of other influential members of society. Each year, millions of people follow the hard work, dedication, and sportsmanship that Little Leaguers® display at our seven baseball and softball World Series events, the premier tournaments in youth sports. For more information, visit LittleLeague.org, and follow Little League on Facebook (facebook.com/LittleLeague), Twitter (twitter.com/LittleLeague), and Instagram (Instagram.com/LittleLeague).

I play on the radio from 7 am -1 pm weekdays on 98.9 FM WYRZ and WYRZ.org. Follow me on twitter @WYRZBrianScott or e-mail me at brian@wyrz.org.
Previous Donnelly Announces Bipartisan Regulatory Relief Package to Promote Economic Growth and Protect Consumers
Next Donnelly and Young Supported Bill Requiring U.S. Amateur Athletic Organizations to Report Sexual Abuse Passes Senate