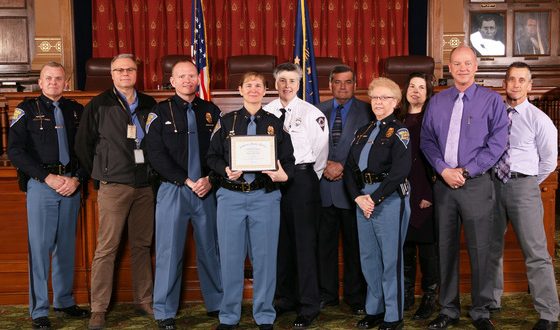 Elam is a native of Greencastle and attended Greencastle High School.  She graduated from DePauw University in 1988 with a BA in English.

Captain Elam will serve as the Assistant Division Commander for the Indiana State Police Special Investigations Division. She will supervise 110 enforcement and civilian employees throughout the State of Indiana.

I play on the radio from 7 am -1 pm weekdays on 98.9 FM WYRZ and WYRZ.org. Follow me on twitter @WYRZBrianScott or e-mail me at brian@wyrz.org.
Previous Driver Arrested for Methamphetamine in Sullivan County
Next Subject Jumps from Speeding Car in Tippecanoe County is Listed in Serious Condition