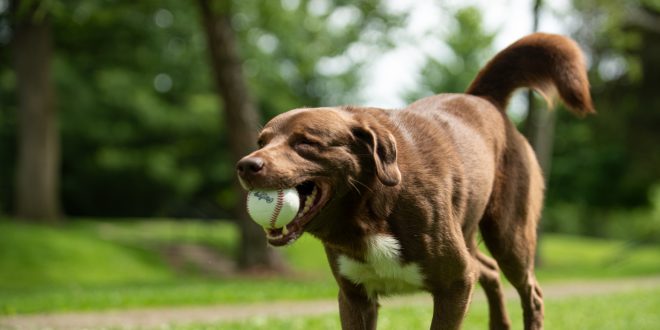 LOUISVILLE, Ky. (Sept. 4, 2019) – Early Times, an All-American Whisky since 1860, searched the country to find “All-American Dogs” and has selected a Lafayette, Indiana dog as one of the 10 winners in a national contest. Riley, a mix of Chocolate Short-Haired Border Collie and Weimaraner, was chosen from tens-of-thousands of entries as part of the Early Times All-American Dogs social media campaign. Riley participated in a photoshoot with other All-American Dogs from across the country, and his picture will be featured in the Early Times 2020 All-American Dogs calendar later this fall. On Monday, Sept. 9, a billboard featuring Riley will also be revealed near Sagamore Parkway and GQT Eastside 10 theater.

After Riley’s owner, Lucas, lost his last dog he never thought he would care that deeply about another dog. However, Lucas says, “Riley has become the truest loving best friend a man could find. He’s playful, obedient and his boding personality is gold to me.”

Not only is Riley a great best friend, he also has a courageous background. “We noticed Riley because he is from a family of heroes. His owner is an Army Veteran and Riley himself is credited with saving his neighbors from a house fire,” said Early Times Senior Brand Manager Dallas Cheatham. “We thought that Riley embodied everything we wanted for the Early Times All-American Dog.”

Early Times has dedicated a portion of their website to All-American Dogs that includes stories of lifesaving-heroics, farm life, cross-country hiking trips, and unwavering companionship. The 10 winners hail from Kentucky, Alabama, Louisiana, North Carolina, Tennessee, Maryland, Ohio, Virginia, Wisconsin, and Indiana. To celebrate these furry best friends, as well as Early Times’ 160th anniversary, the brand has created a 2020 All-American Dogs calendar that will be available to the public in both a printed and downloadable version.  Early Times has also created a special cocktail so people can toast this year’s All-American Dogs contest winners. The “Dog-Tail” cocktail is made in a rocks glass with ice, 1.5 ounces of Early Times Kentucky Whisky, 3 ounces of lemonade, 1 ounce of cranberry juice, and garnished with a pretzel stick.

I play on the radio from 7 am -1 pm weekdays on 98.9 FM WYRZ and WYRZ.org. Follow me on twitter @WYRZBrianScott or e-mail me at brian@wyrz.org.
Previous Gov. Holcomb, Indiana Delegation Establish Business Connections in Republic of Korea
Next Officers Arrest Man for Breaking into Task Force One