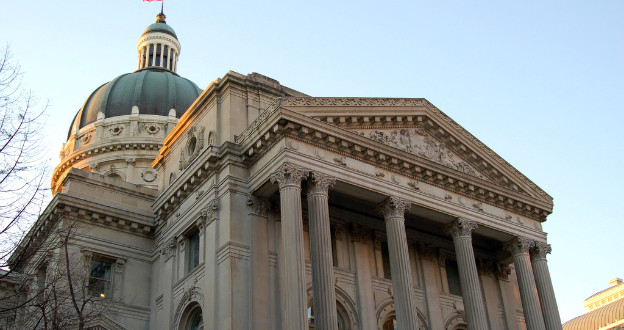 The Judicial Conference of Indiana has unveiled a strategic plan to drive improvements to the Indiana justice system. 2020 Forward, a 20-page blueprint urging reform to the justice system over the next decade asserts, “The plan should be used as a guideline for the future of the judiciary and those it serves—the goals are worth pursuing because they chart an approach for greater accountability and enhanced access to justice in Indiana.”

The Judicial Conference Board of Directors, which serves as a policy-making board for the judiciary represents the more than 400 trial and appellate court judges across the state. The Board voted in favor of the plan which concentrates on the following areas:

“We proposed an outline for the future of the Indiana Judiciary which contains ideas central to improving the professionalism, efficiency, and effectiveness of the courts,” explained Judge Spitzer. The message from the white paper working group to our elected judicial representatives was clear, according to Judge Stalbrink, who said, “Our committee intends this document to create discussion and to encourage feedback on ways to improve our judicial system.”

In 2008 the Judicial Conference unveiled its first strategic plan, a white paper titled, A New Way Forward. In 2010 The Next Steps to a New Way Forward revealed further progress on the judicial branch’s blueprint for excellence. Since then, concepts outlined in both plans have become reality, including increased judicial education requirements, better collaboration between districts, clear direction on court records, legislation to require city and town court judges to be lawyers, legislation to implement merit selection in Marion County, and the study of court workloads and staffing needs. This newest strategic plan is a continuation of the judicial branch’s thoughtful approach to providing fair and open courts in Indiana.

I play on the radio from 7 am -1 pm weekdays on 98.9 FM WYRZ and WYRZ.org. Follow me on twitter @WYRZBrianScott or e-mail me at brian@wyrz.org.
Previous **UPDATE** – AMBER ALERT Plainfield Police searching for stolen vehicle with 6 month old infant inside
Next ISP Cyber Crime Digital Forensic Examiner Recognized by United States Secret Service