Established in 2008, through a partnership initiative between the Department of Homeland Security, the Secret Service, the State of Alabama, and the City of Hoover, the National Computer Forensics Institute (NCFI) is the nation’s premier federally funded training center dedicated to the instruction of state and local law enforcement officers, prosecutors, and judges in cybercrime investigations. The NCFI empowers state and local law enforcement, and the Secret Service’s Cyber Fraud Task Forces (CFTF) through the provision of representative, hands-on training in network intrusion response, digital evidence processing, and applicable case law for high-tech crime prosecution and adjudication. State and local CFTF members work alongside other federal agencies and private sector entities to thwart cybercrimes targeting both private citizens and our nation’s financial and critical infrastructure.

From 2008 – 2019, the Secret Service trained and equipped over 10,000 students, including 6,700 state and local law enforcement officers, 2,700 state and local prosecutors, and over 800 judicial officials. These students represent all 50 states, three U.S. territories, over 2,000 agencies nationwide, and strengthen the Secret Services CFTF network. In FY 2019, NCFI graduates conducted approximately 70,000 computer forensics exams, which include cases of financial intrusion, and approximately 20,000 exams completed in cases, which involve serious crimes, such as murder, rape, and child exploitation.

The Secret Service greatly values its state and local law enforcement partners and appreciate their active participation in the Forensic Partner Reporting (FPRs) system. The Secret Service Indianapolis Field Office values our partnership with the Indiana State Police Cybercrime & Investigative Technologies Section and appreciates the work they do to support their investigative mission. The data received from our local partners is critical to the NCFI in the assessment of equipment and software usage and the FPR results are used in the Secret Service’s Director’s Congressional Briefing Book. These reports reveal to Congress the significant impact our partners have in the justice system utilizing the training, equipment, and assistance provided by the NCFI.

Each year the NCFI recognizes the top 25 examiners based upon the data provided to the FPR system. Sergeant James David Price, a 25-year veteran of the State Police, ranked #18 out of more than 800 participating examiners across the nation. Sergeant Price conducted 318 exams and examined 52.5 TB of data during 2019.

“The NCFI greatly values state and local partners like Sgt. Price, who actively participate in the FPR program,” said James “Ben” Bass, Special Agent in Charge of the Secret Service, National Computer Forensics Institute. “The data received from these examiners is critical to the NCFI assessment of equipment and software usage, and is the primary return on investment metric provided to Congress for increased funding, which enables the Secret Service to provide more opportunities for training and equipment to its partners. Most importantly, this data reveals the significant impact law enforcement examiners have on their communities utilizing Secret Service provided training, equipment, and assistance.”

“On behalf of the Unites States Secret Service I would like to recognize Sgt. Price for his outstanding work and commend his entire team for their dedication in combating cyber enabled crime in Indiana,” said Eric K. Reed, Special Agent in Charge of the Secret Service Indianapolis Field Office.

Indiana State Police Superintendent Douglas G. Carter commented, “I am extremely proud of Sgt. Price’s collaborative efforts and commitment in helping to bring to justice those who seek to hide behind the veil of technology to perpetrate their crimes.”

I play on the radio from 7 am -1 pm weekdays on 98.9 FM WYRZ and WYRZ.org. Follow me on twitter @WYRZBrianScott or e-mail me at brian@wyrz.org.
Previous Judges Unveil Strategic Plan to Seek Continued Court Improvements
Next Gov. Holcomb, INDOT Announce Next Call for Community Crossings Matching Grants 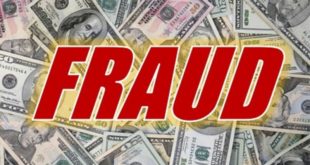 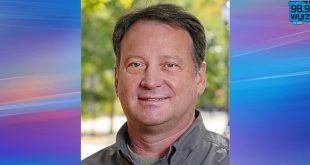