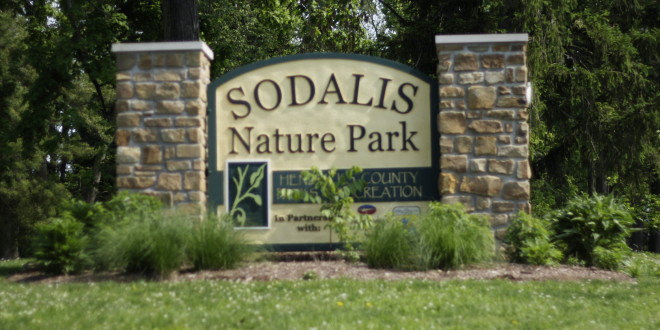 INDIANAPOLIS — About 30 Indiana University-Purdue University Indianapolis students will engage in a day-long battle against invasive species at a Plainfield park on Saturday on behalf of the endangered Indiana bat.

Their main target at Sodalis Nature Park will be Amur honeysuckle, an aggressive invasive species, said Victoria Schmalhofer, assistant director at the Center for Earth and Environmental Science. The center is part of the School of Science at IUPUI.

The honeysuckle outcompetes and eventually excludes other plant species from an area. Honeysuckle doesn’t attract insects the bats eat as well as the plants it replaces.

Because Sodalis Nature Park is a breeding area for the Indiana bats, it’s important to get rid of the honeysuckle, Schmalhofer said.  The park exists within a permanently protected conservation area established to protect the Indiana bat.

The scientific name of the Indiana bat is Myotis sodalis and it is an accurate description of the species. Myotis means “mouse ear” and refers to the relatively small, mouse-like ears of the bats in this group. Sodalis is the Latin word for “companion.” The Indiana bat is a very social species; large numbers cluster together during hibernation. The species is called the Indiana bat because the first specimen described to science in 1928 was based on a specimen found in southern Indiana’s Wyandotte Cave in 1904.

Through the service learning program at the Center for Earth and Environmental Science, IUPUI faculty, staff, and environmental managers work with IUPUI students and community members to address urban environmental issues.

I play on the radio from 7 am -1 pm weekdays on 98.9 FM WYRZ and WYRZ.org. Follow me on twitter @WYRZBrianScott or e-mail me at brian@wyrz.org.
Previous Trooper Nearly Struck by Impaired Driver in Vigo County
Next Steuerwald’s bill reducing recidivism headed to governor