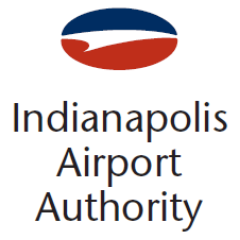 INDY AIRPORT RECOGNIZED NATIONALLY FOR ITS COMMITMENT TO DIVERSITY

INDIANAPOLIS (June 22, 2017) – The Airport Minority Advisory Council in
Washington, D.C. recognized the Indianapolis International Airport (IND)
with the Airport Top Flight Award, honoring the airport for its
significant contribution in supporting diverse employment and fostering
growth in the development of certified diverse businesses.

AMAC, a national, non-profit trade association, works consistently with
Congress, the federal government, aviation trade associations and others
to promote the inclusion of minorities and women in employment and the
full participation of minority-owned, women-owned and disadvantaged
business enterprises in airport contract opportunities.

“Our workforce and vendor makeup is reflective of the diversity of
Indianapolis, and the passengers who fly through the airport,” said
Mario Rodriguez, executive director of the IAA, who was recognized in
2016 and 2017 with awards for his leadership as a minority business
professional. “In our experience, diversity enhances the public value of
the airport because it provides a crucial depth in perspective, and
generates a richness of ideas, innovation and vision that benefits
passengers, employees and the community as a whole.”

The Indianapolis International Airport contributes $5.4 billion to the
local economy, and supports more than 22,500 jobs in Marion County –
equating to approximately $2 billion in employee personal wages and
benefits.

“AMAC is proud to award the Indianapolis International Airport with the
Airport Top Flight Award,” said AMAC President and Chief Executive
Officer Krystal Brumfield. “Indianapolis’ exceptional performance is
reflective of its leadership’s commitment to diversity inclusion and of
the great team effort that is put into attracting, developing and using
women and minority owned business. We couldn’t have awarded it to a
better airport.”

That diverse thinking and input has helped the Indianapolis
International Airport to become a leader among airports throughout North
America, including being recognized by J.D. Power for customer service
and by traveler surveys that have ranked the Indy airport number one on
the continent year after year.