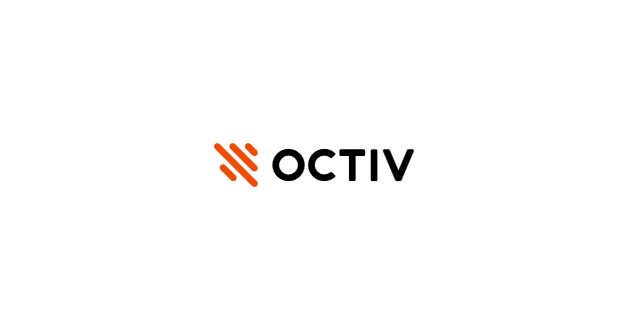 “Indiana has established itself as a top state for business, helping to spark increased innovation and entrepreneurship across the state,” said Governor Mike Pence. “As a state, we are committed to helping accelerate that growth by investing $1 billion over the next 10 years and by supporting and championing Hoosier start-up and scale-up companies like Octiv. Octiv’s impressive growth over the last six years is a testament to its innovative leadership, its team of hardworking Hoosier employees and the burgeoning tech community here in central Indiana.”

The company debuted its new brand today, which will reinforce its role globally as a leading provider of sales productivity solutions. As part of its growth, Octiv will invest $3.2 million to expand and equip its global headquarters in downtown Indianapolis in order to accommodate a growing team. The company, which moved into the seventh floor of the Lacy Building at 54 Monument Circle three years ago, will expand its office space to the second floor, growing its total footprint to more than 13,000 square feet. Renovations to the new space are already underway and are expected to be complete by late July.

This marks the second major expansion for Octiv, which initially operated from the Broad Ripple-based DeveloperTown building, launched in 2010 by tech industry leaders Dustin Sapp, Kristian Anderson and Mike Fitzgerald to help sales and marketing teams accelerate the customer acquisition process. In 2013, the company announced plans to hire nearly 100 Hoosiers in order to support a growing number of mid-market and enterprise customers. Octiv’s cloud-based platform, which reduces the time, inconsistency and uncertainty associated with sales proposals, now supports more than 400 customers across the world including Angie’s List, Siemens, Egencia and Relevant Solutions.

“Since our launch in 2010, we’ve been giving salespeople an advantage over their competitors by helping them measure the effectiveness of their sales documents online. We’re excited for the next phase of growth and expansion and are thrilled to be doing that right here in Indianapolis,” said Dustin Sapp, chief executive officer of Octiv. “We work with many Indy-based companies like Angie’s List and Lesson.ly, and are proud to show our continued commitment to this city and state today.”

Octiv currently employs 68 associates, including 60 in Indiana, and plans to grow its Indiana team to 332 employees by the end of 2021. New positions, which will include account management, development and sales positions, are expected to offer average salaries nearly double the Marion County average wage. Interested applicants can learn more and apply online.

“From TinderBox’s days as a startup in DeveloperTown, to their growing global operations in the heart of downtown Indianapolis, the company is truly a local success story. Today’s announcement speaks volumes to the strength of our local tech community and paves a path toward continued growth,” said Mayor Joe Hogsett. “When choosing where to invest, Octiv’s leadership recognized that Indianapolis is a truly exceptional place to live, work and play, and I look forward to more announcements like this.”

Octiv pioneers technologies that enable companies to use the information they have in CRM, CPQ, ERP and other systems to create, deliver and track sales assets online. The cloud-based platform provides insight, analytics and automation to sales teams, empowering companies to replace static, offline PDFs, Word documents, PowerPoints and other paper-based sales materials. The company was honored as the emerging tech company of the year at TechPoint’s 2015 Mira Awards, and has been named one of the best places to work by the Indiana Chamber of Commerce and the Indianapolis Star. Octiv’s board is led by former Salesforce ExactTarget Marketing Cloud CEO Scott Dorsey and, in addition to the company’s founders, includes Don Aquilano and Mark Hill.

Pending approval from the Indiana Economic Development Corporation (IEDC) Board of Directors, the IEDC will offer Octiv up to $5,100,000 in conditional tax credits and up to $200,000 in training grants based on the company’s plans to hire 224 new jobs by 2021 after reaching its current target of 108 full-time associates in Indiana. These tax credits are performance-based, meaning until Hoosiers are hired, the company is not eligible to claim incentives. The city of Indianapolis supports the expansion in partnership with Develop Indy, a business unit of the Indy Chamber.

Today’s news comes on the heels of Governor Mike Pence’s announcement last week to invest $1 billion in innovation and entrepreneurship in Indiana over the next 10 years. During remarks at the eighth annual Innovation Showcase in Indianapolis, Governor Pence outlined a proposal to strengthen and accelerate Hoosier innovation by creating entrepreneurial cultures, leveraging strategic partnerships, and increasing support and capital for start-up and scale-up companies like Octiv. Since 2013, more than 150 tech firms have committed to locating or growing in Indiana, together committing to create more than 13,200 quality, skilled jobs for Hoosiers.

I play on the radio from 7 am -1 pm weekdays on 98.9 FM WYRZ and WYRZ.org. Follow me on twitter @WYRZBrianScott or e-mail me at brian@wyrz.org.
Previous Hendricks County Community Foundation Grants to One Room School for 20th Anniversary Celebration
Next Rokita Announces Candidacy for Governor