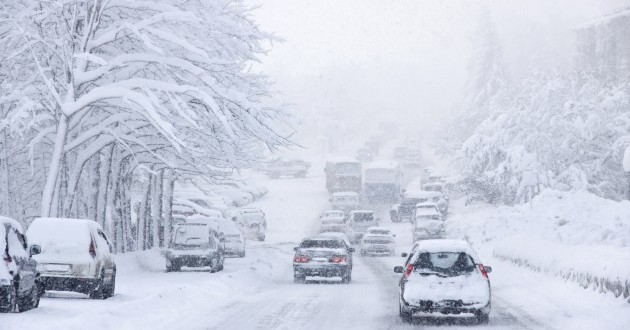 INDIANAPOLIS – With the winter months fast approaching, the Indianapolis Metropolitan Police Department (IMPD) would like to remind Indianapolis residents of a few vehicular safety tips for this winter season.

During the winter months, unsuspecting residents will start their vehicles, in an effort to warm them up, leaving the vehicle idling and unattended. Often the vehicles are left unlocked with the keys in the ignition, leaving an opportunity for the vehicle to be stolen.

During the months of October, November, December and January, IMPD typically processes a large number of stolen vehicle reports. It is suspected that the majority of these vehicles reported stolen were left unattended, idling, and unlocked. Typically, IMPD will see a spike in reported stolen vehicles when the temperatures have reached 32 degrees or below.

A few extra precautions will reduce your chances of becoming a victim to car thieves.  IMPD would suggest the following tips to residents.

• Tip #1: Don’t leave your vehicle unattended, idling, and unlocked even in driveways.

• Tip #3: Keep valuables out of sight. Items such as GPS, computers, and cell phones left out in the open are open invitations for car thieves.

• Tip #4: Be vigilant and observant in and around you and your neighbor’s house. If you see suspicious activity, immediately call 911 and report it but do not attempt to intervene.

The IMPD also recommends to have emergency items in your vehicle such as an emergency blanket, jumper cables, and a tow rope. These items could make the difference should your vehicle become stuck and the battery runs out.

Please help IMPD reduce the number of vehicles stolen this year by participating in the above prevention techniques. Together IMPD and the community can make a difference by giving car thieves less opportunity and carrying emergency items!

I play on the radio from 7 am -1 pm weekdays on 98.9 FM WYRZ and WYRZ.org. Follow me on twitter @WYRZBrianScott or e-mail me at brian@wyrz.org.
Previous Alzheimer’s Assosciation Offers Education Programs and Dementia Support
Next IMPD Homicide investigates a person shot on the Southwest side