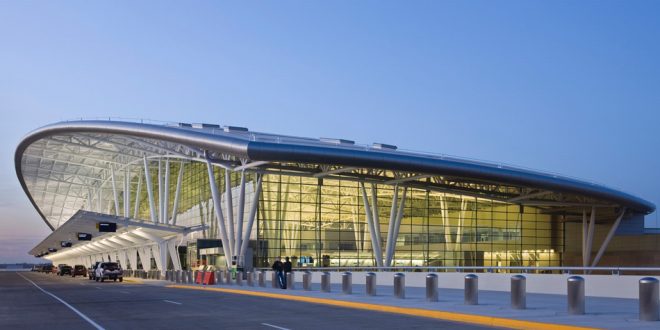 INDIANAPOLIS (Sept. 15, 2017) – Today the Indianapolis Airport Authority Board authorized the sale of nearly 2,000 acres of conservation land to the Town of Plainfield, furthering the commitment  the IAA made in 2015 to restore non-aviation land to local communities  and local tax rolls.

“IAA staff and our community partners have worked diligently to ensure this tract of land is given a continuing and   enanced purpose – and I thank all involved for their smart work and conscientious judgement in bringing this  transaction to fruition,” said Barbara Glass, IAA board president.

The Town of Plainfield will pay nearly $1.6 million for the land, which includes protected wetland areas, and critical  habitats for the endangered Indiana bat (Myotis sodalis) and many other animal and plant species. The land also   includes Sodalis Nature Park, which features trails, picnic areas and a 5.5-acre pond for public use.

Of the full acreage, 1,724 acres is restricted land based upon U.S. Fish & Wildlife Services and Army Corp of Engineers  regulatory standards and is functionally reserved for conservation purposes, while 142 acres is unrestricted and  available for other uses.

“Our focus is on aviation, and being a good neighbor to the communities we serve,” said Mario Rodriguez, IAA  executive director.  “This land transaction is the embodiment of both – and we’re  delighted it will transfer to the capable hands of one of our key business partners, the Town of Plainfield.”

In 2015, the IAA entered into a memorandum of understanding with the Town of Plainfield to discuss the future use of the land and to explore creating an even better opportunity for residents to enjoy the land’s natural environment.

“We are excited to see this land sale opportunity come to our community where we will continue to preserve the  ongoing conservation efforts, enhance the recreational activities in Sodalis Nature Park, and plan thoughtfully for  those areas where development can take place,”  said Robin Brandgard, Plainfield Town Council president.

“This is another example of steady progress to meet the goals of our land use initiative,” said Alfred Bennett, IAA board secretary and board representative from Hendricks County. “Our airport neighbors will directly benefit from this   transaction, and I look forward to seeing the impact this has for Hendricks County residents and the Town
of Plainfield.”

ABOUT THE INDIANAPOLIS AIRPORT AUTHORITY

The Indianapolis Airport Authority owns and operates Indiana’s largest airport system. In addition to the Indianapolis International Airport,  its facilities include the Downtown Heliport, Eagle Creek Airpark,  Hendricks County Airport, Indianapolis Regional Airport and Metropolitan Airport. IND has received numerous  prestigious awards recognizing it as a leader within its class, including best airport in North America in
2010, 2012, 2013, 2014, 2015 and 2016 in Airports Council International’s annual Airport Service Quality awards. It  has also been inducted into the ACI Director General’s Roll of Excellence, one  of the few U.S. airports to be included in this elite group of worldwide airports. Condé Nast Traveler readers named  IND the best airport in America in 2014, 2015 and 2016. IND is the first airport in the U.S. to win LEED® certification for an entire terminal campus. LEED is a green building award for Leadership in Energy and Environmental Design. IND has won additional recognition for excellent customer service,  concessions programs, and art and architecture.

IND generates an annual economic impact in Central Indiana of more than $5.4 billion without relying on state or local taxes to fund its operations. About 10,000 people work at the airport each day. IND serves more than 8.5 million  business and leisure travelers each year and  averages 143 daily flights, seasonally and year-round, to 48 nonstop
destinations. Home of the world’s second-largest FedEx Express operation  and the nation’s eighth-largest cargo facility, IND is committed to becoming the airport system of choice for both passenger and cargo
service. For more information, visit IND’s Facebook page at Indianapolis International Airport and Twitter page at  @INDairport.

ABOUT THE TOWN OF PLAINFIELD

The Town of Plainfield’s history is more than 175 years old and dates
back to Quaker settlers who migrated to the area from North Carolina in
the early 1800s. Today the Town encompasses more than 25 square miles,
is home to more than 32,000 residents, and is the largest town in
Hendricks County. Known internationally as an industrial and logistics
center, the Town has more than 40 million square feet of warehouse and
industrial space under roof. The Town is a net employer; more than
18,000 workers commute into Plainfield daily. Its school system, the
Plainfield Community School Corporation, along with St. Susanna Catholic
School, are highly regarded four star schools recognized for innovative
programs that find them routinely ranked among the top schools in the
state.

Plainfield is also home to the Perry Crossing shopping district, which
includes the lifestyle mall The Shops at Perry Crossing, the only mall
on Indianapolis’ westside.

I play on the radio from 7 am -1 pm weekdays on 98.9 FM WYRZ and WYRZ.org. Follow me on twitter @WYRZBrianScott or e-mail me at brian@wyrz.org.
Previous Historic Preservation Fund (HPF) grant application packet deadline approaching
Next Excessive Speed and Marijuana Results in Arrest