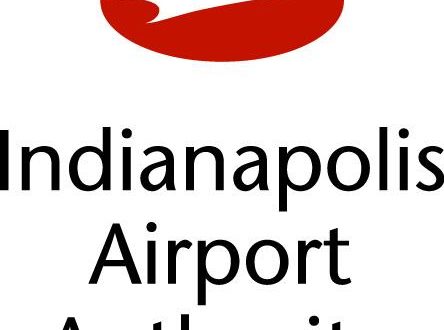 Glass will replace Kelly Flynn. Flynn will remain an IAA board member.

“I have been greatly appreciative of being able to serve IAA during
this past year, and want to thank my fellow board members for their
confidence in electing me as our board president,” said Glass. “I
look forward to working with IAA staff to better the Indianapolis
airport and its other facilities throughout Central Indiana. Those who
have served on the board, as well as the IAA staff, have always strived
for excellence and I only hope we can continue to achieve great things
together.”

Glass was appointed to the IAA board in January 2016 by Mayor Joe
Hogsett. Glass has had an extensive career in public service, including
serving in several positions in state and local government. She is
currently a consultant for the Lilly Foundation. Glass served for 12
years as the vice chairperson of the Indiana Alcohol and Tobacco
Commission, and she served on Mayor Bart Peterson’s Crime Prevention
Task Force. She also served on the Indianapolis Historic Preservation
Commission.

Dillinger, representing Hamilton County, has a strong record of local
government and community service. He has served as Hamilton County
Commissioner since 1989, and is a member of the county’s solid waste,
drainage, and finance boards. Dillinger is also the owner of S.C.
Dillinger & Associates Insurance Agency.

As the Hendricks County representative, Bennett is retired from the
Indiana Department of Correction. He also chairs the board of the
Greater Indianapolis Foreign Trade Zone.

In related activity, Mayor Hogsett announced the appointment of new
board members Mamon Powers III and Toby McClamroch this past December.
Today’s actions should complete the board’s constitution for 2017.

ABOUT THE INDIANAPOLIS AIRPORT AUTHORITY

The Indianapolis Airport Authority owns and operates Indiana’s largest
airport system. In addition to the Indianapolis International Airport,
its facilities include the Downtown Heliport, Eagle Creek Airpark,
Hendricks County Airport, Indianapolis Regional Airport and Metropolitan
Airport. IND has received numerous prestigious awards recognizing it as
a leader within its class, including best airport in North America in
2010, 2012, 2013, 2014 and 2015 in Airports Council International’s
annual Airport Service Quality awards. It has also been inducted into
the ACI Director General’s Roll of Excellence, one of the few U.S.
airports to be included in this elite group of worldwide airports.
Condé Nast Traveler readers named IND the best airport in America in
2014, 2015 and 2016. IND is the first airport in the U.S. to win LEED®
certification for an entire terminal campus. LEED is a green- building
award for Leadership in Energy and Environmental Design. IND has won
additional recognition for excellent customer service, concessions
programs, and art and architecture.

IND generates an annual economic impact in Central Indiana of more than
$5.4 billion without relying on state or local taxes to fund its
operations. About 10,000 people work at the airport each day. IND serves
more than 8.5 million business and leisure travelers each year and
averages 143 daily flights, seasonally and year-round, to 46 nonstop
destinations. Home of the world’s second-largest FedEx Express operation
and the nation’s eighth- largest cargo facility, IND is committed to
becoming the airport system of choice for both passenger and cargo
service. For more information, visit IND’s Facebook page at
Indianapolis International Airport [2] and Twitter page at @INDairport