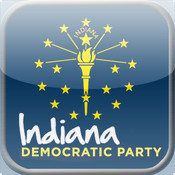 In a statement responding to proposed legislation in the State legislature to raise statewide elected offices on Wednesday, Indiana Democratic Party Chairman John Zody said  “Only two weeks into a new legislative session, Statehouse Republicans are pushing to raise their own salaries. While wages for working Hoosiers continue to fall behind the rest of the nation, when will this group understand that Indiana will only truly get ahead when we focus on paying better wages to those with the skills to do the work? The out-of-touch notion that statewide elected officials deserve a raise without working to increase the wages of everyday Hoosiers is appalling. We can do better than this.” Some wage increases proposed include raising the Governor’s income by $30,000.