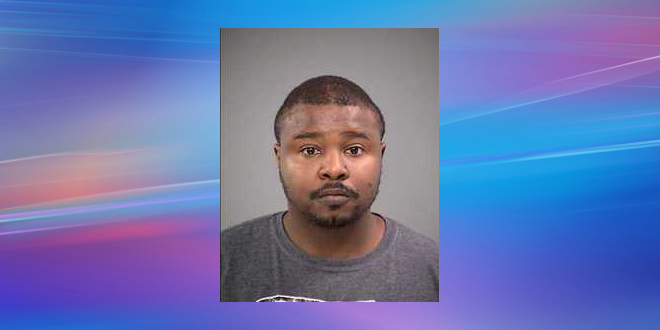 Indianapolis, IN – In the state of Indiana it is illegal for a semi tractor-trailer to drive in the far left lane on a highway with more than two lanes, which is exactly what landed one of Louisiana’s most wanted fugitives back behind bars.

Indiana State Police Commercial Vehicle Enforcement Division’s Sergeant Brent Alspach was patrolling I-65 on the southside of Indianapolis yesterday morning when he noticed a semi driving in the third lane. Alspach said “I understand sometimes hazards or other situations require a semi to move into the third lane, but this one stayed out there for a very long time with no efforts to move back over.” After pulling the semi over Alspach identified the driver as 39 year old Johnny Grant of Port Allen Louisiana. During the stop it was determined Grant had three outstanding arrest warrants.

Johnny Grant was arrested without incident and transported to the Marion County Jail where he will be extradited back to Louisiana.

This is another example how a traffic violation can lead police to more serious crimes and offenders. The United States Marshal’s Service called to commend Sgt. Alspach for this arrest. Alspach is a 33 year veteran of the Indiana State Police and is currently serving as a squad leader for the Commercial Vehicle Enforcement Division.

I play on the radio from 7 am -1 pm weekdays on 98.9 FM WYRZ and WYRZ.org. Follow me on twitter @WYRZBrianScott or e-mail me at brian@wyrz.org.
Previous Indy Partnership Launches Regional Economic Development Dashboard
Next Sheriffs’ Prayers for Peace Chapel Are Answered