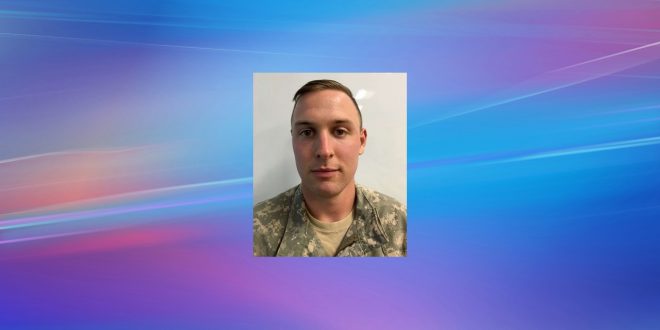 Wednesday morning, January 31, a Bicknell, IN, soldier killed in a U.S. Army helicopter crash earlier this month is being escorted from Indianapolis Airport to Fredrick & Son McClure-Utt Funeral Home in Bicknell for visitation on Friday and his funeral on Saturday.

Cullen is a native of Bicknell and a 2011 graduate of North Knox High School in Bicknell.  Cullen joined the U.S. Army in 2015 after graduating from Indiana University ROTC program. He was stationed at Fort Carson, CO.

Visitation is Friday, February 2, between 2-7 p.m. at North Knox High School.  The funeral is Saturday, February 3, at 10:00 a.m. at the high school.  Cullen will be laid to rest at Bicknell Memorial Cemetery with full Military Honors.

Anyone interested in showing their support for Cullen and his family are is encouraged to line the escort route in a safe and legal manner. Parking along I-70 is prohibited.

I play on the radio from 7 am -1 pm weekdays on 98.9 FM WYRZ and WYRZ.org. Follow me on twitter @WYRZBrianScott or e-mail me at brian@wyrz.org.
Previous Banks Cosponsors Homeless Veteran Families Act
Next Homicide detectives seek man for questioning in shooting death of woman on Indianapolis’ east side