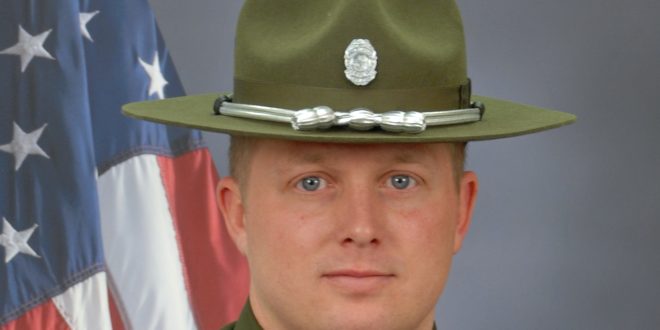 Indiana Conservation Officer Dustin Whitehead has been selected as the Midwest Association of Fish and Wildlife Agencies (MAFWA) Law Enforcement Officer of the Year.  Officer Whitehead will be presented with the award at a ceremony in St. Louis, MO on June 27.

Whitehead’s nomination was then submitted to MAFWA by Director East.  The MAFWA award selection chose Whitehead for this regional honor because in the past year he has shown superior leadership, initiative, and dedication in his duties. He has personified achievement, public service, education, and above all natural resource conservation.

“The Law Enforcement Division of the Indiana Department of Natural Resources is very proud of Officer Whitehead and his many contributions to our agency.  He is a fine example of the men and women who carry out the daily duties as an Indiana Conservation Officer”, said Danny L. East.

Past recipients of this award are:

I play on the radio from 7 am -1 pm weekdays on 98.9 FM WYRZ and WYRZ.org. Follow me on twitter @WYRZBrianScott or e-mail me at brian@wyrz.org.
Previous Lime Spill Causes Havoc with Traffic in Vigo County
Next IMPD-Seeks community help to identify pharmacy suspect