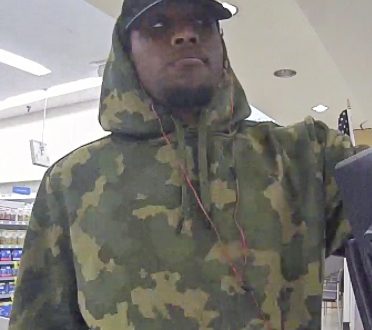 INDIANAPOLIS – Investigators are seeking the public’s help in identifying a suspect believed to be involved in a pharmacy robbery on the city’s North West side. 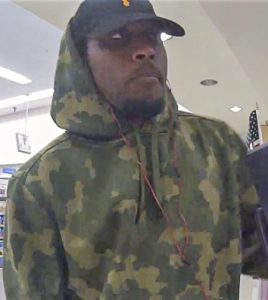 On June 2, 2016, officers with the Indianapolis Metropolitan Police Department were dispatched to the 5600 block of North Michigan Road on a report of a pharmacy robbery at a Walgreens.

According to witnesses, a black male (photos attached) entered the story and approached the pharmacy counter demanding various prescription narcotics. The suspect fled on foot in an unknown direction with an undisclosed amount of medicine. Below is the description provided for the suspect: 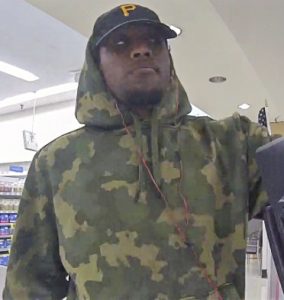 I play on the radio from 7 am -1 pm weekdays on 98.9 FM WYRZ and WYRZ.org. Follow me on twitter @WYRZBrianScott or e-mail me at brian@wyrz.org.
Previous Indiana Conservation Officer Dustin Whitehead receives national recognition for excellence
Next IMPD Long-Term Narcotics Detectives Arrest Two Individuals After Search Warrant