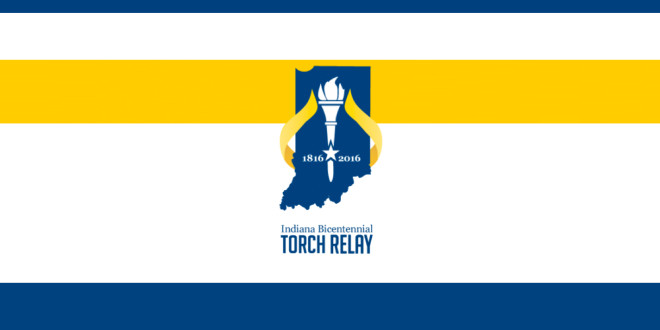 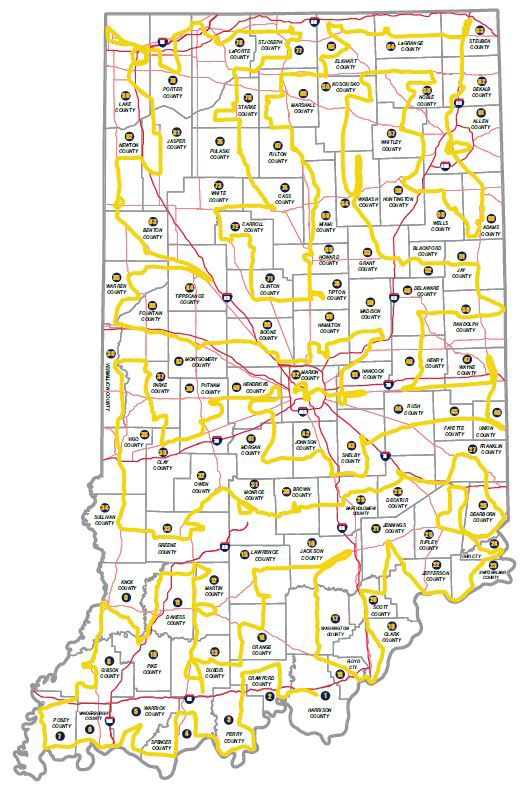 “The 2,000 plus Hoosiers selected as torchbearers embody the Indiana traditions of service, civic pride, community involvement and volunteerism,” said Lt. Governor Holcomb. “As we reflect on Indiana’s first two hundred years, it is only fitting that we celebrate Hoosiers who serve as inspirations in their communities.”

Torchbearers were nominated by the public and selected by local committees on a county-by-county basis. More than 4,000 torchbearer nominations were received. Those selected are Hoosiers who demonstrate exceptional public service, excellence in their profession, acts of heroism or volunteer service to their neighborhood, community, region or state.

Developed by IOTD, the Relay is patterned after the Olympic Torch Relay and is designed to connect Hoosiers everywhere during the bicentennial year. The unifying nature of the torch relay underscores the achievement, influence and aspirations of Indiana and its people while symbolically passing the torch to future generations of Hoosiers. The torch relay route was charted by a committee of representatives from multiple state agencies and the private sector. The route showcases locations of natural beauty, local interest and historic significance.

The Indiana Bicentennial Torch Relay will start Friday, September 9, 2016 in Corydon, Indiana’s first state capital, and culminate with a celebration on Saturday, October 15, 2016 on the grounds of the Indiana Statehouse in Indianapolis. The torch relay will touch each of Indiana’s 92 counties during the 3,200-mile journey across the state.

“Enthusiasm is building as the start of the torch relay approaches,” remarked IOTD’s Mark Newman. “Communities large and small are pulling out all the stops to honor their torchbearers and celebrate Indiana’s 200th birthday.  Collectively, the over 2,000 torchbearers have had far reaching impact and all of Indiana should be proud.”

In addition to the selected torchbearers, the relay will employ other modes of conveyance that are symbolic of the history and heritage of Indiana, including watercraft, farm equipment, race cars, horse and wagon, antique automobiles and others.

In order to conduct an event the size of the Indiana Bicentennial Torch Relay, a strong team and critical partnerships are necessary.  Newest among those partners is Indiana Farmers Mutual Insurance who is the official sponsor of the uniforms that will outfit the torchbearers, community volunteers and torch relay staff.  The specially designed torch bearer uniform is comprised of a light weight  lined wind resistant jacket made of ripstop polyester fabric, a 100% micro polyester moisture wicking t-shirt and a specially designed cap.

“We are excited and proud to be an official partner of the Bicentennial Torch Relay. It’s not often that you have the opportunity to participate in a historic event that will touch every county across the state, and we are honored to join with our fellow Hoosiers in celebrating 200 years of statehood,” said Kim Smith, President and CEO of Indiana Farmers Mutual Insurance Company.

I play on the radio from 7 am -1 pm weekdays on 98.9 FM WYRZ and WYRZ.org. Follow me on twitter @WYRZBrianScott or e-mail me at brian@wyrz.org.
Previous Indiana National Guard Supplemental Grant Open Application Announcement
Next IMPD Homicide Detectives Investigate Fatal Shooting in the 3100 Block of Brouse Avenue