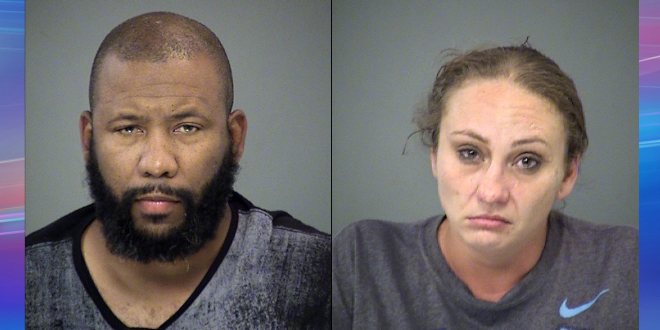 At approximately 7:00 p.m. on September 18, 2019, SDN detectives were conducting surveillance on a residence in the 2100 block of Redfern Dr., where narcotics activity had been observed. Detectives alleged that 44-year-old Marlon Baker was dealing narcotics from that residence. A warrant was obtained for the residence and when Baker returned home in a vehicle, a traffic stop was conducted.  In the vehicle with Baker was 35-year-old Carley Woodward who was detained at that time.

During the search of the residence, detectives seized the following:

Marlon Baker and Carley Woodward were arrested on suspicion of dealing and possession of narcotics, possession of marijuana, and maintaining a common nuisance. The Marion County Prosecutors Office will review the case and make a charging decision.

Narcotics detectives and Flex Teams across the city investigate tirelessly to locate and identify those who would distribute deadly drugs, such as the ones located in this seizure, to ensure the community is a safer place. It is important that the community continue to look out for suspicious activity in their neighborhoods and report it to their local police departments to help strengthen their neighborhoods and partnerships with local law enforcement. The IMPD would like to thank the community for their ongoing efforts in helping to make Indianapolis a safer place to live, work, and play!

Anyone with information about illegal activity in their neighborhood should call Crime Stoppers of Central Indiana at 317.262.8477 or (TIPS).  Citizens can also download the mobile P3tips app for Apple or Android phones to submit a mobile tip, or go to www.CrimeTips.org to submit a web tip. You will remain anonymous and may be eligible for a cash reward of up to $1000 if the information leads to a felony arrest.  Only tips submitted directly and anonymously to Crime Stoppers are eligible for these cash rewards.

I play on the radio from 7 am -1 pm weekdays on 98.9 FM WYRZ and WYRZ.org. Follow me on twitter @WYRZBrianScott or e-mail me at brian@wyrz.org.
Previous 100 Kilos of Cocaine and 130 lbs of Marijuana Found During I-70 Traffic Stop in Hendricks County
Next Weekend Work: Construction Around Marion County