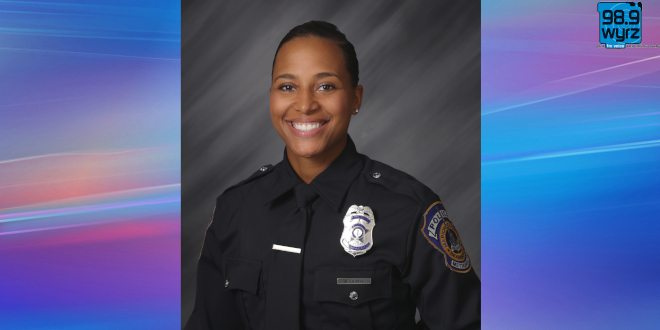 IMPD Officer Killed in the Line of Duty

INDIANAPOLIS – Just after 2:45 p.m. on April 9, 2020, officers with The Indianapolis Metropolitan Police Department (IMPD) responded to a domestic disturbance at 1803 Edinburge Square on the city’s east side.  As officers knocked on the door of the apartment, shots were fired through the structure, striking Officer Breann Leath.  Responding officers pulled Officer Leath to a safe area.  Indianapolis Emergency Medical Services (IEMS) responded to the scene.  IEMS transported Officer Leath to Eskenazi hospital in critical condition.  Despite the best life saving techniques, Officer Leath died of her injuries.

Officers located and apprehended the suspect, he was taken into custody without further incident.

Homicide Detectives along with The Critical Incident Response Team (CIRT) responded to the scene and immediately began conducting the investigation. The Indianapolis-Marion County Forensic Services Agency responded to assist with identifying and collecting potential forensic evidence.

The investigation is in the beginning stages and as it continues some preliminary information has the potential to change.

“Officer Leath was an example of what an IMPD officer should be. She showed resolve, strength, and compassion in a dangerous job, and was always focused on serving the community she loved. She will be sorely missed,” said IMPD Chief Randal Taylor. “Even while faced with an officer down, our East District officers demonstrated professionalism and courage as they brought her and a resident to safety, de-escalated the scene, and apprehended a dangerous suspect without further incident. I could not be more proud of the actions of Officer Leath and her colleagues on this heavy day.”

Anyone with information about this incident should call the IMPD Homicide Office at 317.327.3475 or Crime Stoppers of Central Indiana at 317.262.8477 or (TIPS).  Citizens can also download the mobile P3tips app for Apple or Android phones to submit a mobile tip, or go to www.CrimeTips.org to submit a web tip. You will remain anonymous and may be eligible for a cash reward of up to $1000 if the information leads to a felony arrest.

I play on the radio from 7 am -1 pm weekdays on 98.9 FM WYRZ and WYRZ.org. Follow me on twitter @WYRZBrianScott or e-mail me at brian@wyrz.org.
Previous Governor Issues Guidance for Places of Worship
Next Conservation Officer, bystanders rescue woman trapped under ORV