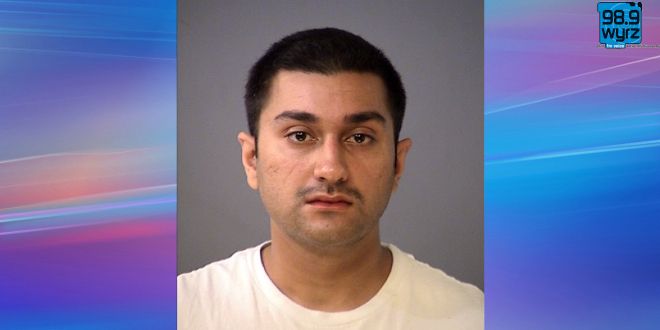 INDIANAPOLIS – A 4-year veteran of the Indianapolis Metropolitan Police Department (IMPD) was arrested Thursday on allegations of domestic violence.

Just after 11 p.m., on 07/02/2020, officers were dispatched to the residence of Officer Mittan Katoch on report of a disturbance. Responding officers learned that Officer Katoch was allegedly involved and immediately requested an IMPD supervisor. The Special Investigations Unit (SIU) responded to the scene and established probable cause for an arrest. Katoch was arrested and his equipment was surrendered at that time.

Detectives will submit their findings to the Marion County Prosecutor’s Office for a review of criminal charges. Katoch was preliminarily charged with the following:

Katoch has been employed with IMPD since June of 2016. He was most recently assigned to Southwest District as a day shift officer. Katoch is suspended without pay, pending termination. The probable cause and charging affidavit will be available from the Marion County Prosecutor’s Office.

Chief Randal Taylor stated, “I am disappointed in the alleged decisions of one of our officers. This behavior will not be tolerated. We remain committed to holding ourselves to the highest ethical standards while protecting the community we serve.”