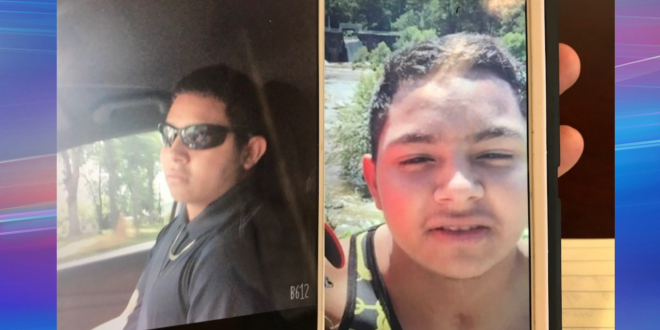 IMPD Homicide Detectives Obtain arrest warrant for a homicide that occurred on July 29,2019 at 4400 Lickridge Ct.

INDIANAPOLIS- Just before 7:00 a.m. on July 29,2019 officers with the Indianapolis Metropolitan Police Department (IMPD) were dispatched  to the 4400 Block of Lickridge Ct. in response to a caller stating a person was passed out at this location. When Officers arrived they found an unresponsive adult female between the ages of 18 and 25. IEMS responded and pronounced the victim deceased at the scene.

IMPD Homicide Detectives have obtained an arrest warrant for Emerson Ariel Ortiz-Pacheco (a/k/a Anderson Pacheco).  Mr. Pacheco is wanted for the murder of Evelyn Lopez;  which occurred on July 29,2019 at 4400 Lickridge Ct..

Mr. Pacheco is a citizen of Honduras and detectives believe he may be trying to leave the U.S..

Anyone with information is urged to contact the IMPD Homicide Office at 317.327.3475 or Crime Stoppers at 317.262.TIPS. This is an active and ongoing investigation.

I play on the radio from 7 am -1 pm weekdays on 98.9 FM WYRZ and WYRZ.org. Follow me on twitter @WYRZBrianScott or e-mail me at brian@wyrz.org.
Previous Westbound I-70 From Downtown to West Side Opens More Than Two Days Ahead of Schedule
Next Indiana State Police Offer Tips for Visiting the Indiana State Fair