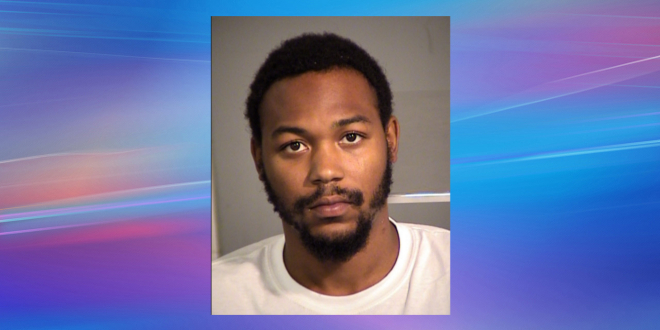 INDIANAPOLIS – February 15, 2018, Indianapolis Metropolitan Police Department (IMPD) arrested 21-year-old Dionte Owens for his role in the homicide which occurred May 7, 2017 in the 1000 block of N. Rural Street.

IMPD Homicide detectives worked with the Marion County Prosecutors Officer and were granted a warrant for the arrest of Dionte Owens for murder in December of 2017.  During the early morning hours of February 15, 2018, Officers with the IMPD Violent Crimes Unit in collaboration with the U.S. Marshals task force were able to locate and arrest Dionte Owens in the 300 block of N. Oakland Avenue.

The investigation began after a man was found shot on the city’s northeast side.

On 5.7.17 at approximately 7:42 a.m., officers with IMPD were dispatched to the area of 1000 N. Rural Street reference a man down in the alley.  When officers arrived they noticed that the male had sustained a fatal gunshot wound. The victim has been identified as 34-year-old Martel “Chicago” Thomas.

The IMPD would like to thank the U.S. Marshals for assistance in this and many other cases. The IMPD would also like to recognize the work done by the Violent Crimes Unit who work diligently to get the most violent offenders off the streets of Indianapolis.  The Indianapolis community is essential in helping to identify those involved in elicit and/or illegal activity.  Because of your help we are making Indianapolis a better place for all.  We are, One City.

I play on the radio from 7 am -1 pm weekdays on 98.9 FM WYRZ and WYRZ.org. Follow me on twitter @WYRZBrianScott or e-mail me at brian@wyrz.org.
Previous INDOT Takes Customer Service to the Next Level with INDOT4U
Next State Police Investigate Wednesday Night Shooting on I-465