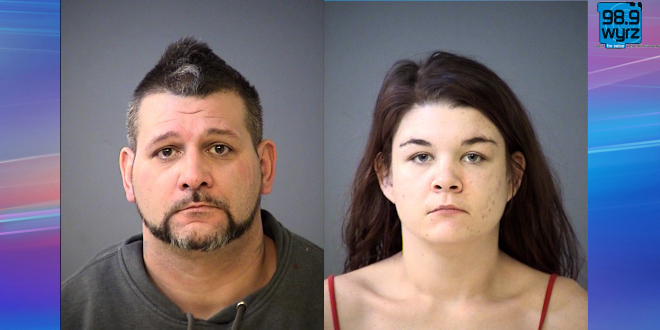 INDIANAPOLIS –  On Friday, December 25, 2020, just after 4:00 a.m., IMPD Southeast District officers were dispatched to the 2700 block of S. Hunter Road on a report of a person shot.  When officers arrived, they located an adult female victim, later identified as 40-year-old Tiffany Allen, who had injuries consistent with a gunshot wound(s). IEMS arrived and unfortunately pronounced Allen as deceased.

Homicide detectives responded to the scene to begin the investigation. The Indianapolis-Marion County Forensic Services Agency responded to assist in identifying and collecting potential forensic evidence.

Homicide detectives continued their investigation and were able to identify the alleged suspects. On January 24, 2021, Homicide Detectives announced the arrest of 35-year-old Zacharia Schmidt for his alleged involvement in the death of Tiffany Allen. Detectives also announced the arrest of 25-year-old Chelsea Schmidt for assisting a criminal. The Marion County Prosecutors Office (MCPO) will review the case and determine a final charging decision.

I play on the radio from 7 am -1 pm weekdays on 98.9 FM WYRZ and WYRZ.org. Follow me on twitter @WYRZBrianScott or e-mail me at brian@wyrz.org.
Previous Traffic Shifts at the North Split Beginning Today
Next IMPD Homicide Detectives Arrest Juvenile in Sunday Homicide that Killed Five