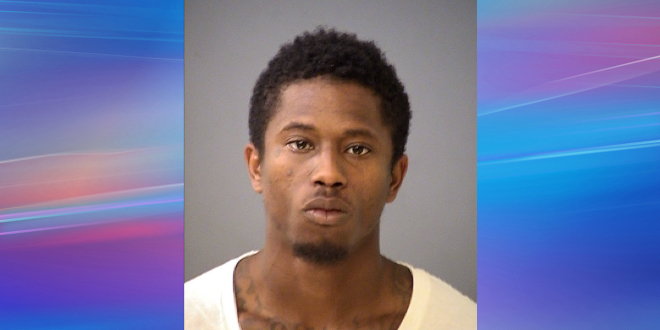 INDIANAPOLIS –  Just after 8:19 p.m., on December 31, 2019 officers with the Indianapolis Metropolitan Police Department (IMPD) Southwest District were dispatched to the intersection of North Belmont Avenue and St. Claire Street in response to a report of two people shot. When Officers arrived, they located an adult male who had sustained gunshot wounds. This male was taken to an area hospital in stable condition. During the investigation, responding officers were directed to a second related scene in the alley, just west of the intersection Michigan Street and Traub Avenue. At this location, officers located an adult male and an adult female who had both sustained gunshot wounds. The male was transported to an area hospital in critical condition. IEMS arrived at the second crime scene and pronounced the woman deceased at this scene.

On January 10, 2020, Through the diligent work of the Homicide detectives, 23-year-old Christopher Barksdale was arrested for Murder and Attempted Murder on.  The Marion County Prosecutors Office will review the case and make a charging decision.

This is an active ongoing investigation and anyone with information about this incident should call the IMPD Homicide Office at 317.327.3475 or Crime Stoppers of Central Indiana at 317.262.8477 or (TIPS).  Citizens can also download the mobile P3tips app for Apple or Android phones to submit a mobile tip, or go to www.CrimeTips.org to submit a web tip. You will remain anonymous and may be eligible for a cash reward of up to $1000 if the information leads to a felony arrest.  Only tips submitted directly and anonymously to Crime Stoppers are eligible for these cash rewards.

I play on the radio from 7 am -1 pm weekdays on 98.9 FM WYRZ and WYRZ.org. Follow me on twitter @WYRZBrianScott or e-mail me at brian@wyrz.org.
Previous Crouch announces 21 communities to receive more than $12 million
Next Criminal apprehended after applying for auto dealer license