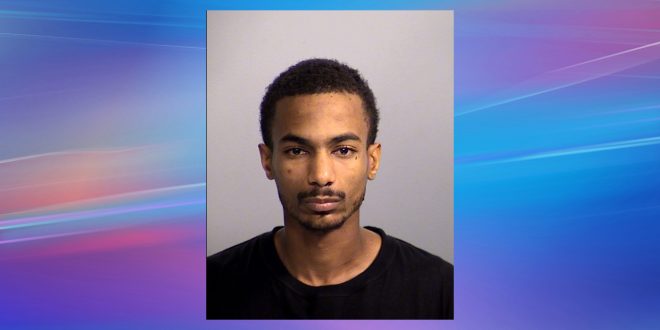 During the summer of June 2017 thru the fall of October 2017, several vehicles break-in were reported Downtown and Broad-Ripple. One of those vehicles belonged to a Special Agent with the FBI Safe Streets Tasks Force. The agent, in conjunction with assistance from his colleagues at the IMPD, launched an immediate investigation. The FBI Safe Streets Task Force utilizes seasoned investigators in the IMPD. The covert nature of their work remains classified. However, the recovery of these items were paramount.

The ET lifted several viable prints from the vehicle that were sent to the lab for processing and identification. The prints were identified belonging to Kevin Doss.  Mr. Doss had prior arrests from several states including Illinois, Indiana and Minnesota.  Mr. Doss was arrested for similar activity in 2015. During that incident he illegally entered a security officer’s vehicle took his laptop, and Tactical Vest.

As a result of the ET work, and utilizing investigatory techniques and law enforcement assets, Mr. Doss was located and detained for questioning. While in the IMPD Headquarters Mr. Doss’s alleged involvement was confirmed. Additionally, he had an active warrant issued by a Hamilton County Judge regarding theft.

Mr. Doss admitted to his alleged involvement into multiple vehicle breaks. He faces Federal charges including weapon violations, theft and damage to federal property. Mr. Doss is an armed career criminal. The citizens of Indianapolis and the IMPD rank and file greatly appreciate the work of these agents.

I play on the radio from 7 am -1 pm weekdays on 98.9 FM WYRZ and WYRZ.org. Follow me on twitter @WYRZBrianScott or e-mail me at brian@wyrz.org.
Previous Putnamville Trooper Finds Approximately Two Pounds of Suspected Marijuana during Traffic Stop
Next Hendricks County Community Foundation Awards $3,300 Project Grant to the Master Gardeners