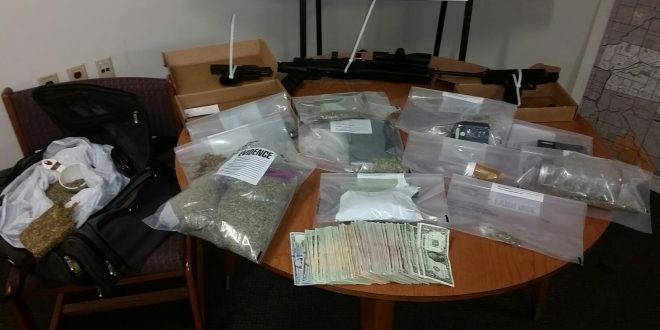 Just before 5p.m. on 10/06/2016, detectives with the East District Narcotics Unit, along with members of the East District Flex Team and East District officers, served a search warrant in the 700 block of N Bradley Ave. Officers watching the perimeter noticed a parked vehicle next to the target residence, which had multiple occupants. Officers detained those occupants and found that the vehicle had expired plates, subjecting the vehicle to being towed. While conducting an inventory search of the vehicle, officers came across marijuana and synthetic marijuana. The occupants were identified as 27-year-old Bradley Johnson, 30-year-old Lakisha Jemison, and 28-year-old Gwendolyn Jemison who were detained at that time.

Another officer on the perimeter noticed a suspect walking away from the target residence and could see that he was carrying a handgun. The officer gave several loud verbal commands for the suspect to drop the weapon. The suspect then threw the gun over a fence and turned away from the officer. Officers quickly converged on the suspect , identified as Kelvin Ezell, and detained him. Officers were also able to recover the firearm that Ezell threw.

Detectives then made entry into the target residence and detained 39-year-old Kelvin Speight. During the search, detectives recovered the following:

Narcotics and Vice detectives across the city continue to address incoming complaints from the community and identify narcotics activity through their own independent investigations. IMPD is grateful for the community’s efforts and requests that anyone with information about narcotics or illegal activities, to immediately contact Crime Stoppers of Central Indiana at (317)262-TIPS (8477). Tips given via Crime Stoppers should be considered anonymous. 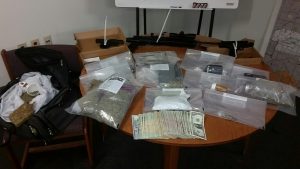 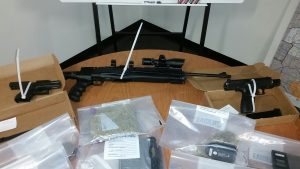 I play on the radio from 7 am -1 pm weekdays on 98.9 FM WYRZ and WYRZ.org. Follow me on twitter @WYRZBrianScott or e-mail me at brian@wyrz.org.
Previous Indiana State Police Commercial Vehicle Enforcement Division Participates in Tri-state Hazardous Materials Enforcement Project
Next Rokita Encourages Voter Fraud Investigation