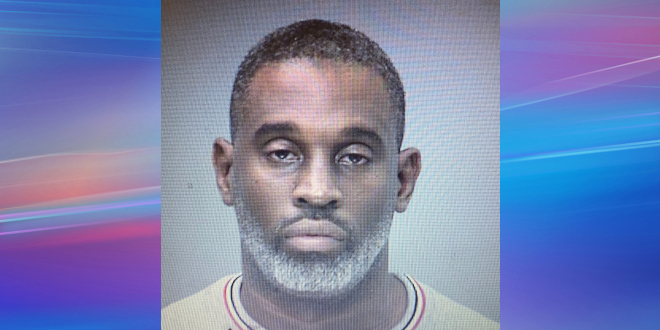 INDIANAPOLIS – In November of 2019, detectives from the Indianapolis Metropolitan Police Department (IMPD) Robbery Unit began an investigation into several business robberies throughout Indianapolis with similar characteristics. As a result of that investigation, 49-year-old Jerry L. Davis was arrested and charged in Marion County Superior Court with robbery, strangulation, battery, battery resulting in bodily injury, and corrupt business influence.

According to the Probable Cause Affidavit, on several occasions during the commission of the robberies, Davis assaulted business employees, which included the use of a weapon and strangulation.

Davis was arrested on November 20, 2019, after an attempted robbery of the Speedway Gas Station, 4830 W. 38th Street and a completed robbery at the Denny’s Restaurant, 2490 N. Post Road. At the time of Davis’ arrest he had an unrelated parole violation warrant for a previous robbery conviction. Davis was released from prison in February of 2019 and had been convicted of robbery on several other occasions.

Davis is alleged to have committed robberies at the following businesses:

From the re-establishment of the Indianapolis Violence Reduction Partnership, to the creation of the innovative Indianapolis Crime Gun Intelligence Center, IMPD officers and detectives continue to work diligently alongside our partners to combat violent crime impacting our city.

The IMPD reminds residents that while belongings can be replaced, you cannot. In the event you are a victim or present during a robbery, maintain a safe distance and be a good witness. When it is safe, call the police, then stay and speak to officers about what you saw. During the holiday season especially, the IMPD encourages residents to take steps to prevent crimes of opportunity, including concealing wallets and purses inside outerwear, storing any belongings out of sight in the trunk of your vehicle, and never leaving your car to warm up unattended.

I play on the radio from 7 am -1 pm weekdays on 98.9 FM WYRZ and WYRZ.org. Follow me on twitter @WYRZBrianScott or e-mail me at brian@wyrz.org.
Previous IMPD Robbery Detectives arrest an Indianapolis man for robbing several mobile phone stores
Next Employee Benefits Strategy Company Growing Central Indiana HQ