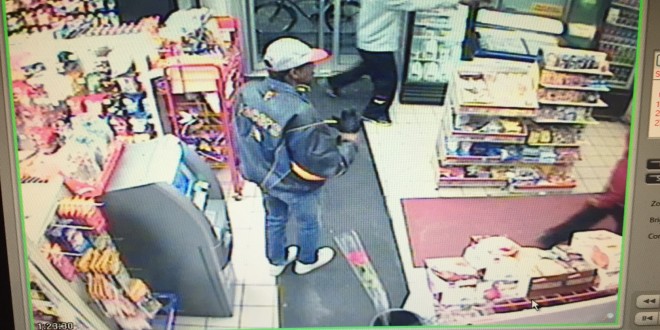 INDIANAPOLIS – Investigators are seeking the public’s help in identifying a pair of suspects believed to be involved in two overnight robberies. 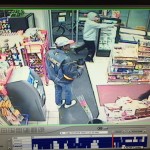 On March 1, 2016, at 1:26 A.M., officers with the Indianapolis Metropolitan Police Department were dispatched to the 3000 block of North Illinois Street on a report of a robbery at the Shell gas station.   The two suspects entered the store wearing masks and forced open the locked door to the bullet proof glass encased clerk’s area.  One of the suspects demanded money and the clerk opened the register drawer.  The suspect then struck the clerk in the head with a silver gun and both suspects took the money from the drawer.  The suspects then fled from the Shell gas station on foot. 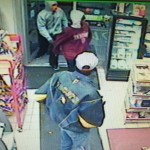 At 2:06 A.M., officers were dispatched to the 4100 block of East 16th Street on the report of a robbery at the Conoco gas station.  The same two suspects, from the earlier robbery of the Shell gas station, entered the store wearing the same clothing and masks. The suspects once again tried to force open the locked door to the bullet proof glass encased clerk’s area.  One of the suspects fired a handgun at the bullet proof glass without successfully gaining access to the clerk’s area.  The suspects immediately fled on foot after their failed attempt. 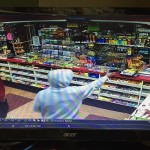 Below are the descriptions of the suspects:

I play on the radio from 7 am -1 pm weekdays on 98.9 FM WYRZ and WYRZ.org. Follow me on twitter @WYRZBrianScott or e-mail me at brian@wyrz.org.
Previous IMPD investigates a suspicious death on northeast side of Indianapolis
Next Indiana Bicentennial Commission Endorses Five Hendricks County Projects, Events