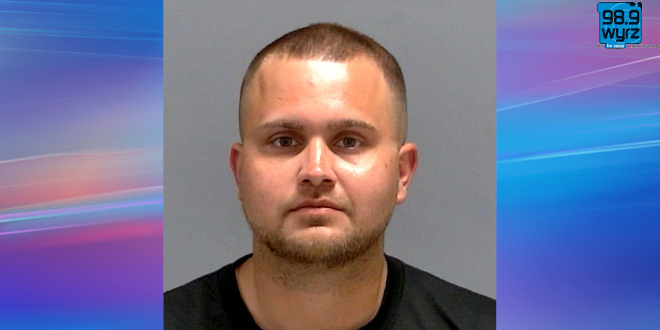 On Friday, June 3, 2022, IMPD detectives arrested 27-year-old Kyle Rigdon for his alleged involvement in the hit and run death of 29-year-old Kayla Bowling.

On Wednesday, June 1, 2022, at approximately 11:00 am IMPD officers were dispatched to the 3000 block of S. Rural St. on a report of a bicyclist struck by a vehicle. Officers arrived and located 29-year-old Kayla Bowling laying in the driveway of 3002 S. Rural St., near a bicycle suffering from trauma consistent with being struck by a vehicle. Indianapolis Emergency Medical Services (IEMS) responded and transported Kayla to Eskenazi Hospital. Unfortunately, shortly after arriving to the hospital she was pronounced deceased by medical staff.

IMPD Hit and Run Accident investigators responded to the scene and began their investigation. Preliminary information received from the scene led investigators to believe Kayla gave the plate number of the vehicle that hit her. Through further investigation detectives identified 27-year-old Kyle Rigdon as the suspect.

The Indianapolis-Marion County Forensic Services Agency responded to identify and collect potential forensic evidence. The Marion County Coroner’s Office assisted and determined the exact manner and cause of death to be pedestrian struck and killed.

Anyone with information about this incident should contact Detective Eric Amos at 317.327.3475 or e-mail him at Eric.Amos@indy.gov.

An arrest is merely an accusation.  The suspect is presumed innocent unless and until proven guilty in a court of law.

I play on the radio from 7 am -1 pm weekdays on 98.9 FM WYRZ and WYRZ.org. Follow me on twitter @WYRZBrianScott or e-mail me at brian@wyrz.org.
Previous Indiana Starts Post Election Audits for 2022 Election Season
Next The Avon Chamber of Commerce Music Machine Supplies Solid Gold Music on 98.9 FM WYRZ