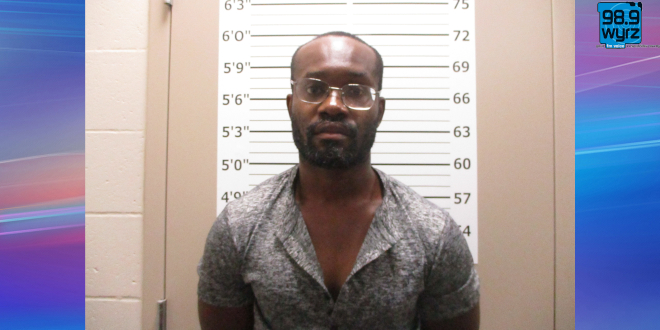 On July 19, 2020, just after 11:43 a.m. IMPD officers were dispatched to check the welfare of a child at 6007 West Lake South Drive.  The caller had advised the police he had received a call from Anthony Dibiah stating he had killed his son.  Officers entered the residence and located a crime scene.  Neither Anthony nor Nakota were located at the scene.

Homicide detectives, along with Child Abuse detectives responded and immediately began canvassing the area for witnesses. The Indianapolis-Marion County Forensic Services Agency responded to assist in identifying and collecting potential forensic evidence. The Marion County Coroner’s Office responded and will assist with evidence located at the scene.

IMPD Detectives continued to work diligently in this case attempting to locate Anthony Dibiah and Nakota Kelly.  On July 19th, 2020 at approximately 4:00 p.m. the Missouri State Highway Patrol located Anthony Dibiah with his vehicle, a white colored Jeep Patriot near Highway 38 in Missouri, proceeding away from Indiana.  IMPD Detectives went to Missouri to follow up on the investigation.

IMPD Detectives have information and evidence to believe 10-year old Nakota Kelly is deceased.  They continue to search for the remains of Nakota Kelly.  We are asking the community for assistance in this case.  We ask that anyone with information or who may have seen Anthony Dibiah since July 18th, 2020 please contact Crime Stoppers of Central Indiana at 317.262.8477 or (TIPS).

We ask that anyone with information please contact Crime Stoppers of Central Indiana at 317.262.8477 or (TIPS).  Citizens can also download the mobile P3tips app for Apple or Android phones to submit a mobile tip, or go to www.CrimeTips.org to submit a web tip. You will remain anonymous and may be eligible for a cash reward of up to $1000 if the information leads to a felony arrest.  Only tips submitted directly and anonymously to Crime Stoppers are eligible for these cash rewards.

I play on the radio from 7 am -1 pm weekdays on 98.9 FM WYRZ and WYRZ.org. Follow me on twitter @WYRZBrianScott or e-mail me at brian@wyrz.org.
Previous Gov. Holcomb Honors Businesses for Longevity, Service to Hoosier Workforce
Next Indiana State Police Investigate a Possible Pool Drowning in Terre Haute