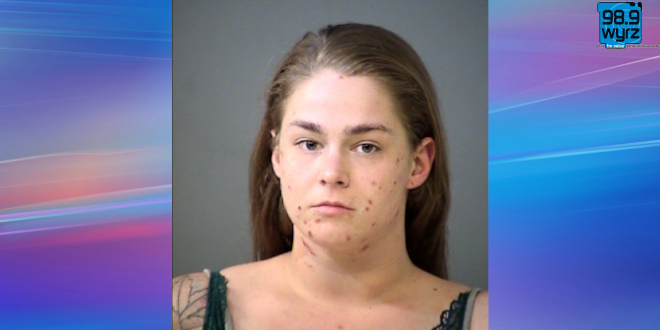 IMPD Detectives Arrest a Woman for Southeast Side Homicide

INDIANAPOLIS –  On Friday, September 25, 2020, just after 7:00p.m., Officers of the Indianapolis Metropolitan Police Department (IMPD) were dispatched to 5950 Brookville Road on the report of a person shot. When Officers arrived, they located an adult male suffering from injuries consistent with a gunshot wound.  The victim, identified as 78-year old Paul Edmonds, was transported to Eskenazi hospital in serious condition.

On Saturday, September 26, 2020 despite the best medical care, Paul Edmonds, a local business owner, succumbed to his injuries. The Marion County Coroner’s Office (MCCO) will be assisting and will determine the exact manner and cause of death.

Homicide Detectives continued to work diligently on the case.  On September 27, 2020 Detectives arrested 24-year-old Kayla Blankenship for her role in the death of Paul Edmonds.  The Marion County Prosecutor’s Office (MCPO) will review this case and make a final charging decision.

I play on the radio from 7 am -1 pm weekdays on 98.9 FM WYRZ and WYRZ.org. Follow me on twitter @WYRZBrianScott or e-mail me at brian@wyrz.org.
Previous Indianapolis Walk to End Alzheimer’s moves forward Oct. 3, with changes
Next One person dead after weekend crash near Brownsburg