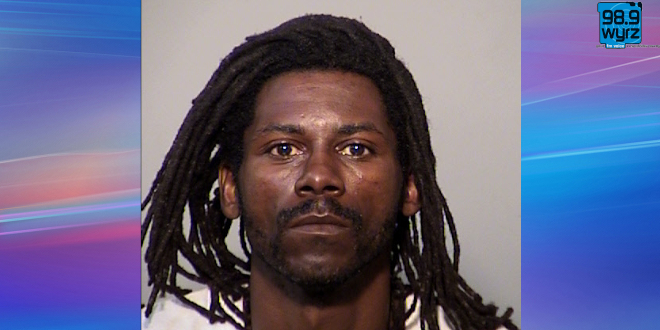 On July 27, 2020, just before 6:30 a.m., IMPD officers were dispatched to 1030 S. Kitley Avenue in response to a caller stating someone had been shot at that location.  When officers arrived, they located an adult male, suffering from apparent gunshot wound(s). Officers called for the assistance of Indianapolis Emergency Medical Services who responded and transported the victim to an area hospital. The victim is currently listed in critical condition, but expected to survive.

Investigators quickly determined the shooting was a result of an argument between employees and the suspect was no longer on scene. Aggravated assault detectives enlisted the assistance of IMPD’s Violent Crimes Unit (VCU) to quickly locate the suspect. VCU detectives successfully apprehended the suspect in this case in under 24 hours.

VCU is a specialty unit focused on covert investigations and warrant services for violent suspects. Last week, Chief Randal Taylor announced he was increasing staffing within VCU as part of ongoing efforts to address the violence impacting Indianapolis neighborhoods. Two additional officers will bolster the unit’s work to remove violent suspects from the community.

Anyone with further information about this incident should call the IMPD Aggravated Assault office at 317.327.3475 or Crime Stoppers of Central Indiana at 317.262.8477 or (TIPS).  Citizens can also download the mobile P3tips app for Apple or Android phones to submit a mobile tip, or go to www.CrimeTips.org to submit a web tip. You will remain anonymous and may be eligible for a cash reward of up to $1000 if the information leads to a felony arrest.  Only tips submitted directly and anonymously to Crime Stoppers are eligible for these cash rewards.

I play on the radio from 7 am -1 pm weekdays on 98.9 FM WYRZ and WYRZ.org. Follow me on twitter @WYRZBrianScott or e-mail me at brian@wyrz.org.
Previous Rolling closure scheduled Monday on US 231 under I-70
Next Hendricks County Health Department Addresses Concerns on the Reopening of Schools