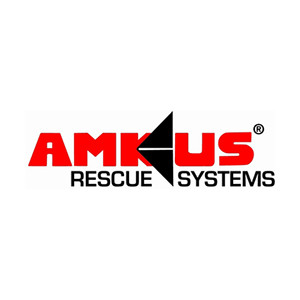 Valparaiso – AMKUS Rescue Systems, a manufacturer of fire and rescue equipment, announced today that it has relocated its operations from Downers Grove, Illinois, to Valparaiso, Indiana. Valparaiso-based Task Force Tips acquired the company earlier this year, and with this relocation, now plans to create up to 20 new Indiana jobs.

“With a short move from Illinois, AMKUS Rescue Systems will quickly understand the full benefits of growing a business in Indiana,” said Governor Mike Pence. “Here in the home of lower taxes, less regulation and the nation’s strongest manufacturing workforce, Indiana helps companies like AMKUS Rescue Systems save money, which they can then reinvest into their operations to put more Hoosiers to work. With the help of Task Force Tips – a homegrown company helping save lives around the world – today AMKUS Rescue Systems is joining a long line of Illinois companies making the smart decision to relocate to Indiana.”

Task Force Tips invested $2.6 million to renovate a 50,000-square-foot facility at 4201 Montdale Park Drive in the Montdale Business Park in Valparaiso, which will serve as the new home for its direct subsidiary AMKUS Rescue Tools. Located less than one mile from Task Force Tips’ 168,000-square-foot facility, both companies will improve their research and development activities by operating in close proximity and will provide higher-quality products to emergency responders worldwide.

AMKUS Rescue Tools completed its relocation just last month and now bases all of its operations in Indiana. While AMKUS Rescue Systems will maintain its own unique identity, distribution network, field managers and marketing message, it will share Task Force Tips’ extensive research, development and new product innovation resources. With their growth, both companies share a commitment to providing world-class service and support to emergency service professionals around the globe.

“Indiana is a great place to do business and the state has been a strong partner for Task Force Tips as we have grown,” said Martin Sonnenberg, president and chief operating officer of Task Force Tips. “Northwest Indiana specifically has a wealth of talented people that make us successful. We believe that AMKUS will benefit greatly from being located in Indiana going forward.”

Task Force Tips currently employs 225 Indiana employees, which now includes 10 team members previously based at AMKUS Rescue Tools’ facility in Illinois. To reach its goal of creating 20 new Indiana-based jobs, AMKUS will add an additional 10 jobs and is currently hiring for production, assembly and shipping positions. These positions are expected on average to pay 25 percent more than the state average wage. Interested applicants may search for open opportunities at www.tft.com.

Founded in 1971, Task Force Tips got its start when Clyde McMillan, a local fire chief in Gary, Indiana, sketched a design for a new automatic fire nozzle on a paper napkin. From there, Task Force Tips grew from the family’s basement into a worldwide leader in manufacturing equipment for the firefighting industry. The company has since diversified to also produce ice control nozzles for the airline industry, allowing for quicker deicing of aircraft in difficult weather conditions. With its acquisition of AMKUS Rescue Tools, Task Force Tips is adding the production of extrication tools into its product offerings for the firefighting industry.

The Indiana Economic Development Corporation offered Task Force Tips Inc. up to $200,000 in conditional tax credits based on the company’s job creation plans. These tax credits are performance-based, meaning until Hoosiers are hired, the company is not eligible to claim incentives. The city of Valparaiso will consider additional incentives.

“Task Force Tips has been part of the Valparaiso community since the early 1970s and a leader in civic engagement and philanthropy,” said Valparaiso Mayor Jon Costas. “Their success is a product of good management and a strong commitment to innovation. We are very happy that AMKUS and its employees will be joining Task Force Tips and calling Valparaiso home.”

As home to the Midwest’s top business climate, AMKUS Rescue Tools joins a long line of Illinois companies relocating their operations to Indiana. Since 2013, more than 20 Illinois companies have announced that they plan to create 2,800 new jobs in the Hoosier state. This includes Hoist Liftruck, formerly based in Bedford Park, Illinois, which welcomed Governor Pence in March to help cut the ribbon on its new manufacturing facility in East Chicago, where it plans to create up to 500 new jobs by 2022.

I play on the radio from 7 am -1 pm weekdays on 98.9 FM WYRZ and WYRZ.org. Follow me on twitter @WYRZBrianScott or e-mail me at brian@wyrz.org.
Previous Woman-Owned Tech Company Creating 140 Jobs in Indianapolis
Next Geoffrey Slaughter joins Indiana Supreme Court Monday