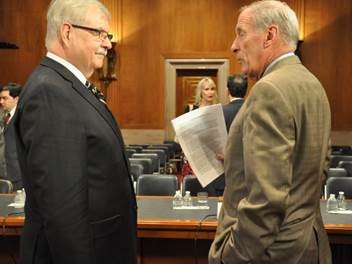 During a Joint Economic Committee hearing today on the U.S. tax code, Chesterton resident Joseph Grossbauer provided testimony. Grossbauer is the owner of GGNet Technologies, a small IT company founded in 2006 in Chesterton.

In his testimony, Grossbauer discussed how the burden of tax compliance has only increased since the founding of his business, so much so that he had to change the way he accounts for inventory and transactions. In addition, one of GGNet’s five employees now spends a significant time doing tax-related activities rather than work that could better organize and grow the business. He also works with an outside accounting firm, and other firms he explored using gave vastly different estimates of his actual tax burden.

I play on the radio from 7 am -1 pm weekdays on 98.9 FM WYRZ and WYRZ.org. Follow me on twitter @WYRZBrianScott or e-mail me at brian@wyrz.org.
Previous 2015 survey results show steady increase in cover crops
Next Indiana awarded $33.4 million in additional HHF funding