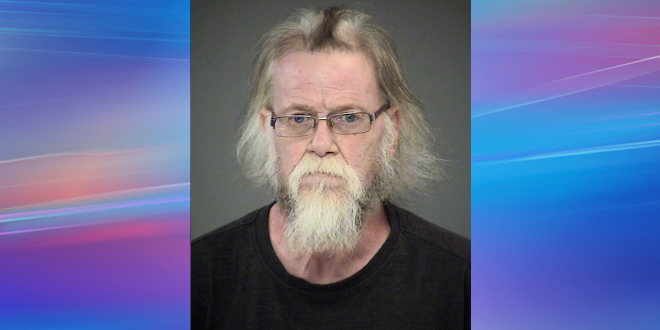 INDIANAPOLIS –  Just after 6:49 p.m. on June 9, 2019, officers with the Indianapolis Metropolitan Police Department (IMPD) were dispatched to 4850 E. Minnesota St. on a check the welfare run.  As Officers entered the residence they located a male later identified as 62-year-old William Boles hiding in the residence.  Officers  also located 49-year-old Kelly Rohr, unresponsive, inside the residence.  Indianapolis Emergency Medical Services responded and transported her to a local hospital.

On June 10, 2019, Kelly Rohr, despite life-saving techniques, succumbed to her injuries.

The Marion County Coroner’s Office (MCCO) responded and after an autopsy was completed, determined the manner of death to be a homicide.

IMPD Homicide detectives continued their investigation.  On September 12, 2019 detectives arrested William Charles Boles for his involvement in the death of Kelly Rohr.   The Marion County Prosecutor’s Office will review the case and make a charging decision.

Anyone with information is urged to call the IMPD Homicide Office at 317.327.3475 or Crime Stoppers of Central Indiana at 317.262.8477 or (TIPS).  Citizens can also download the mobile P3tips app for Apple or Android phones to submit a mobile tip, or go to www.CrimeTips.org to submit a web tip. You will remain anonymous and may be eligible for a cash reward of up to $1000 if the information leads to a felony arrest.  Only tips submitted directly and anonymously to Crime Stoppers are eligible for these cash rewards.

I play on the radio from 7 am -1 pm weekdays on 98.9 FM WYRZ and WYRZ.org. Follow me on twitter @WYRZBrianScott or e-mail me at brian@wyrz.org.
Previous Task Force for Assessment of Services and Supports for People with Intellectual and Developmental Disabilities to meet in Indianapolis
Next Maintain Your Septic System During National Septic-Smart Week