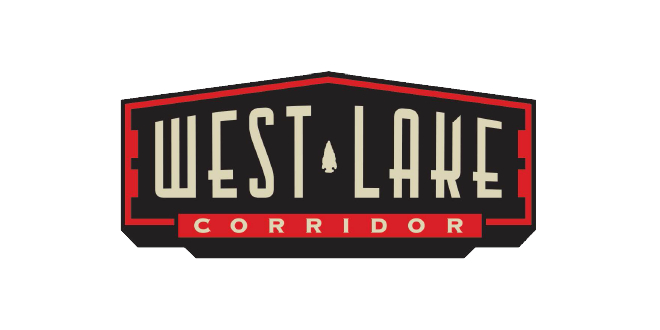 This project, which is a key piece of Gov. Holcomb’s Next Level Agenda, expands the South Shore Line with a new eight-mile line extending from Hammond on the north to Dyer on the south.

“By bringing commuter rail through the heart of Lake County, the West Lake Corridor project is a game changer for northwest Indiana and the entire state,” Gov. Holcomb said. “This vital infrastructure project will immediately result in 1,000 well-paying construction jobs. Unprecedented economic development in the region will now be possible as we connect Hoosiers, while also attracting talent and business to lower taxes, better quality of life and great communities in Indiana.”

Construction is expected to finish in late 2024 with passenger service starting in early 2025.

In addition to the West Lake Corridor project, Gov. Holcomb has made double tracking the existing South Shore Line a Next Level Agenda priority. Combined, the Double Track Northwest Indiana and West Lake Corridor projects are projected to attract approximately $2.3 billion in private investment to northwest Indiana, and result in over 6,000 new jobs and $3 billion in economic impact by 2048.

Federal, state, regional and local officials joined Gov. Holcomb today, both in person and virtually, for the signing of the Full Funding Grant Agreement with the Federal Transit Administration (FTA) and the Northern Indiana Commuter Transportation District (NICTD). This agreement finalizes the full federal funding for the project through the FTA’s Capital Investment Grant (CIG).

In total, the project, which is funded through a mix of federal, state and local dollars, is expected to cost nearly $945 million.

Gov. Holcomb, Indiana’s Congressional delegation, members of the Indiana General Assembly, the Northwest Indiana Regional Development Authority and local elected leaders worked with NICTD to provide funding and leadership for the project. The state has committed nearly $255 million and locals have partnered to commit more than $335 million.

“Working hand-in-hand with Governor Holcomb and Congressman Visclosky, today’s announcement is the result of our efforts over the last several years to advance a crucial infrastructure project. The West Lake Corridor Project will bolster job creation and economic growth in Northwest Indiana. I’m extremely proud of what this commuter rail project will mean for Indiana, and I look forward to seeing its advancement in coming months,” said Senator Todd Young.

“The West Lake Corridor project is a big win for Hoosiers in Northwest Indiana. This new rail line will encourage billions in private investment in the area, create great jobs for those in Hammond and Dyer and the surrounding counties, and create new opportunities for growth in the Northwest Indiana region,” said Senator Mike Braun.

“I am grateful to Secretary Chao, Governors Daniels, Pence, and Holcomb, and also Senators Young and Braun, our state legislators, local leaders, and everyone at the RDA and NICTD for their perseverance and dedication for seeing this investment in the future of Northwest Indiana through to fruition. Further, I am forever thankful to Janet Moran for her foresight, as without her visionary action over three decades ago we would not be here today. The extension and improvements to the South Shore are about the future – a future filled with a growing population, robust economic growth, plentiful good-paying jobs that recognize the value of human labor, and a vastly enhanced quality of place. It is imperative that after today’s well-earned celebration, we recognize that more work than has been done lies ahead, and we need to get about it with a sense of urgency and determination,” Rep. Pete Visclosky said.

“Receipt of this FFGA for West Lake is the culmination of the incredible vision and leadership that so many in this area exhibited for the past three decades. We look forward to our opening day of service in the spring of 2025, if not sooner,” said NICTD President Mike Noland.

“Today we celebrate the beginning of the largest and most comprehensive economic development project in Indiana.  This is the kind of success, positive momentum and strong leadership that creates confidence in our market. This is a clear recognition of the value of Indiana’s gateway to Chicago and its future,” said Bill Hanna, president and chief executive officer of the Northwest Indiana Regional Development Authority.

I play on the radio from 7 am -1 pm weekdays on 98.9 FM WYRZ and WYRZ.org. Follow me on twitter @WYRZBrianScott or e-mail me at brian@wyrz.org.
Previous Indiana to Accelerate R&D, Skills Training at New Smart Manufacturing Center
Next Traffic Signal at the intersection of US 136 and State Road 39 in Lizton will be activated Friday