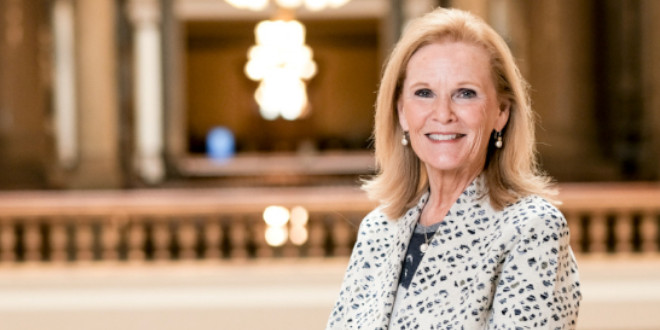 (INDIANAPOLIS) – After more than 12 years of service, Indiana Commissioner for Higher Education Teresa Lubbers announced on Tuesday her plan to leave her current role at the conclusion of the 2022 legislative session. Lubbers will also be stepping down as chair of the Governor’s Workforce Cabinet. Currently the nation’s longest serving State Higher Education Executive Officer (SHEEO), Lubbers has dedicated nearly three decades to supporting and working on behalf of Indiana’s students, schools, and economic and workforce needs.

“Throughout my career, I have been blessed with opportunities for service that have enriched my life both personally and professionally. None of these roles has been more meaningful to me than my tenure at the Indiana Commission for Higher Education. It has been my privilege to serve alongside a talented staff and visionary Commission members who are committed to students and the state. I look forward to new ways to contribute to this next chapter of my life while ensuring a smooth transition to new leadership for the Commission,” said Lubbers.

Lubbers was chosen by the 14-member Commission in 2009 after she represented District 30 in the Indiana Senate for 17 years, where she led on education and economic development issues and was chair of the Senate Education and Career Development Committee. Members of the Commission are appointed by the Governor.

“Indiana has been fortunate to have Commissioner Lubbers devote her time in public service to the benefit of Hoosiers with her work in higher education and workforce issues for our state for many years,” said Gov. Holcomb. “We are grateful for her passion for students and employers and for helping Indiana make strides toward ensuring all Hoosiers have the education and training they need to prosper.”

“Teresa Lubbers’ contributions during 12 years at the Commission for Higher Education will be seen as historic, but they are only part of the story. She has served Indiana for a half century with great skill at all three levels of government, somehow still making time for innumerable volunteer and civic involvements. To cite just one example of her legacy, thousands of young graduates of Indiana’s charter schools owe their improved life prospects to Teresa Lubbers,” Daniels said. “For those who know her personally, Teresa has been more than a respected colleague. She has led a life of integrity and moral example fully as admirable as her record of leadership. Indiana must hope that its next generation includes people who will take note of that example and do their best to emulate it.”

Indiana Commission for Higher Education Chair Mike Alley points to Lubbers’ strategic vision and innovative leadership as having “positioned Indiana among the best in the country for learners to achieve their full potential through high-quality, affordable education. Teresa has challenged Indiana to establish bold objectives and strong accountabilities centering on affordability, completion outcomes, and career preparedness,” Alley said. “Her efforts have caused us to dramatically step up our game in Indiana and will positively impact our ability to compete not only in the U. S., but internationally, offering the best talent available. Teresa is genuinely recognized as a national leader in education and workforce development and through her efforts, has positioned Indiana as a model for other states.”

Among the accomplishments during her time as Commissioner, Lubbers was charged with implementing Indiana’s higher education strategic plans and moving the state toward its goal of at least 60 percent of Hoosiers with education and training beyond high school—gaining 15 percentage points toward that goal over the past several years. Under Lubbers’ tenure, Indiana aligned distribution of financial aid with student success, with efforts resulting in the state being first in the Midwest and fourth in the nation in distributing need-based aid. Lubbers advocated for institutional funding based on Indiana’s goals through outcomes-based funding and partnered with higher education providers, employers, policymakers and community leaders to strengthen the value proposition of higher education.

Boards and honors from Lubbers’ long-tenured career include:

Lubbers began her career in public service with then Mayor of Indianapolis Richard Lugar as his public information officer. She served as deputy press secretary in Senator Lugar’s office before pursuing a career in public relations and later running for office. Lubbers is a graduate of Warren Central High School. She holds an undergraduate degree from Indiana University and a master’s in public administration from the Kennedy School of Government at Harvard University.

The Commission will conduct a comprehensive search for candidates in pursuit of Indiana’s next higher education commissioner. Commission Vice Chair Jud Fisher will lead the search committee. Alley shares, “We look forward to a comprehensive and transparent process that will yield another outstanding leader for the Indiana Commission for Higher Education.”

I play on the radio from 7 am -1 pm weekdays on 98.9 FM WYRZ and WYRZ.org. Follow me on twitter @WYRZBrianScott or e-mail me at brian@wyrz.org.
Previous ORV accident claims life of Shelburn man in Sullivan County
Next 2022 500 Festival Miler Series, presented by OrthoIndy, to Return to The Pavilion at Pan Am 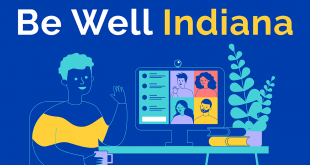 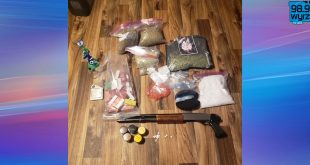 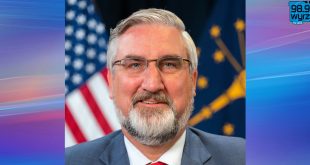 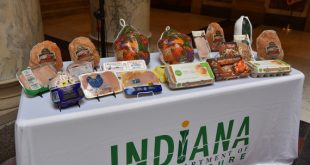 200,000 pounds of poultry products donated to Hoosiers this year 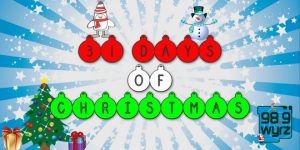