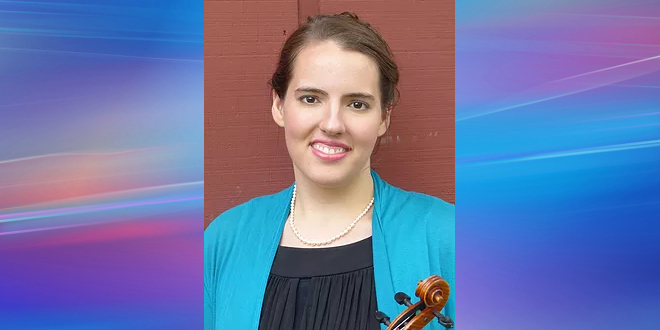 Angela grew an even deeper appreciation for the violin around age sixteen when she began to play more in-depth classical pieces. She was homeschooled all of her life so music was easily incorporated into her curriculum. She moved to Indianapolis during the fall of 2014 to receive her Bachelor’s degree from an accelerated program at Thomas Edison state college. She holds her degree in general music with an emphasis on violin performance.

Angela began teaching at age fourteen. She did this for about four years before beginning college. Two years ago, she became an instructor at Note Worthy Music Academy located in Avon, Indiana. She currently teaches around twenty students a week, ranging from ages six through twenty-three. Angela balances her students with being a full-time student herself at Butler University. She is currently studying to achieve her Master’s degree in violin performance to better develop her violin-playing skills. She works alongside Larry Shapiro as her violin professor.

Performing on the side, Angela hopes to teach at the college level or in her own studio, all depending on where the music takes her.

I play on the radio from 7 am -1 pm weekdays on 98.9 FM WYRZ and WYRZ.org. Follow me on twitter @WYRZBrianScott or e-mail me at brian@wyrz.org.
Previous Fremont man injured in Steuben County tree stand fall
Next Indiana Department of Education Announces 2019 Gold Star Schools