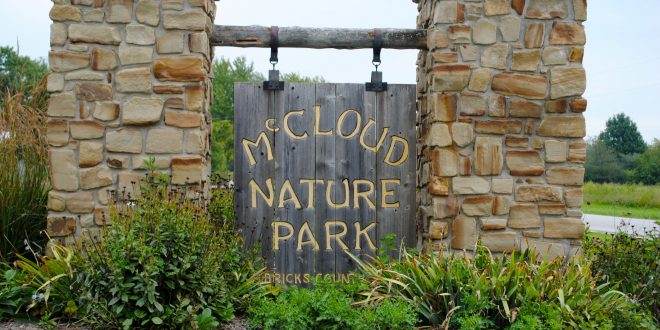 Hendricks County Park Board Reflects on Past, Moves Toward Future

The Hendricks County Park Board elected its 2017 officers at their monthly meeting on Jan. 4 and now rapidly approaches its 17th anniversary of dedication to the preservation of green space and wildlife, as well as recreation opportunities for the booming county population.

In 2017, Paul Miner will serve as Park Board president, with Bob Niemeyer as vice president and Matthew Freije as secretary. Gary Emsweller, Mike Hayden, Doug Moon and Beth Switzer also serve on the board. All board members are unpaid volunteers.

The Park Board’s history actually goes back 20 years to 1997 when former Hendricks County Council member H. Hunt Palmer expressed the need for nature parks in the rapidly growing county that boasted 76,000 residents in 1990 and would jump to 104,000 people by 2000.

By May of 1998 the Open Space Conservancy of Hendricks County, spearheaded by Danville attorney William O. Harrington, started developing a plan to create a county parks board – an idea that came to fruition two years later. In March of 2000, Harrington began serving as the Park Board’s first president, overseeing a budget of $50 for land acquisition.

Serving with Harrington on the inaugural Park Board were Judie Hansen, Ray Benson, Jerry Pagac, Tom Barker, and current board members Miner and Emsweller. Benson still regularly attends monthly board meetings in the capacity of an interested citizen.

In January of 2001, the Park Board convened a special meeting to discuss buying two properties belonging to Brian Malloy and Kay Koch, and to Glen and Mildred Harlos, with the idea of creating a nature park where North Salem native Robert Franklin Davidson privately built one back in the 1930s. Both families were interested in selling their properties but wanted to ensure that they remained a natural area for future generations to enjoy.

After two years’ worth of discussions, negotiations, gifts, and state and county funding, the 232-acre McCloud Nature Park was opened on May 3, 2003.

The Park Board has overseen many improvements to McCloud Nature Park in the past 14 years and has expanded the county’s nature park system through the establishment of the 210-acre Sodalis Nature Park in May of 2011 and the acquisition of a four-mile stretch of the Vandalia Trail in 2016.

To meet the ever-increasing needs of an exploding Hendricks County population – expected to reach between 175,000 and 183,000 by 2020 – major improvements are currently underway at McCloud Nature Park and along the Vandalia Trail, and the Park Board is planning the development of W.S. Gibbs Memorial Park near Avon, as well as a possible expansion of Sodalis Nature Park in the future.

Donors who are interested in supporting the continued expansion and development of parks and recreation in a rapidly growing Hendricks County are encouraged to visit www.pfohc.org/donate or donate to the Glen M. and Mildred L. Harlos Fund through www.hendrickscountycf.org/donate.

I play on the radio from 7 am -1 pm weekdays on 98.9 FM WYRZ and WYRZ.org. Follow me on twitter @WYRZBrianScott or e-mail me at brian@wyrz.org.
Previous DNR launches CORRIDORS for grassland and pollinator habitats
Next ISP Arrests Suspect from Earlier Gun Incident with Putnam County Deputy Sheriff