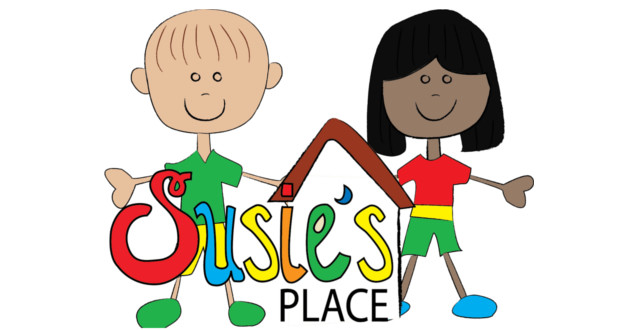 Child Advocacy Centers have no shortage of stress, anxiety, and fear, despite being built to put children and families at ease. Anxious families who can’t be with their child during an interview or children nervously waiting for an interview to begin can fill any room with emotion. But at Susie’s Place in Avon, Indiana, a new therapy dog program is helping shift the moods in those rooms.

“The most significant benefit we’ve seen is as soon as the dogs walk in the room. If people are frustrated or tense or whatever emotion they’re bringing, these dogs shift the mood. People shift from “I’m scared” to “Oh my gosh, look at these dogs!” That gives us a catalyst to start a conversation,” says Emily Perry, an 18-year veteran in child protection who has spent the last eight years as the Executive Director of Susie’s Place. Susie’s Place has two locations in Indiana, one in Avon and another in Bloomington. Susie’s Place has seen steadily growing services and caseload. In 2015, Susie’s Place conducted nearly 1,000 interviews between their two Centers.

Susie’s Place is finding the purpose of therapy dogs is as varied as the personality of the dogs themselves. “There isn’t a cookie-cutter approach” to their use, says Perry. “But here at Susie’s Place we’ve partnered with privately-owned dogs through the Healing Paws Chapter of Love on a Leash, a national organization that certifies dogs and their handlers. They come to Susie’s Place two to three times a week, primarily to work in the waiting room areas as greeters and anxiety reducers.”

Perry says, “Because of what we do, it takes a certain handler and personality type to be able to hear some of the content of the cases we’re working and to work with the families in a neutral, safe, way. And it obviously takes a certain personality with the dogs. We are kind of picky and choosy about the dogs and handlers that come into our Center. It has to be the complete package.”

I play on the radio from 7 am -1 pm weekdays on 98.9 FM WYRZ and WYRZ.org. Follow me on twitter @WYRZBrianScott or e-mail me at brian@wyrz.org.
Previous Governor Pence Announces State Receives Full Reimbursement of Incentives Issued to Carrier, UTEC
Next Governor Pence Ceremonially Signs Bills Aimed at Helping Hoosier Farmers and Businesses