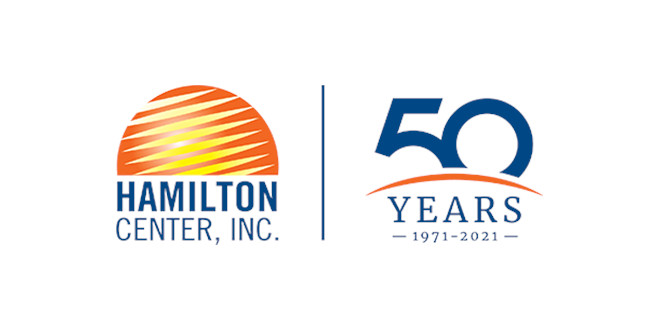 While Hamilton Center’s (HCI) normal business hours are on weekdays from 8 a.m. to 5 p.m., the needs of the communities it serves do not arise only during that time.  Hamilton Center’s Access Services works 24/7, 365 days a year to help bridge this gap and either provide help to those in need or steer them toward the correct location.

Amber Sebastian is a manager of Access Services at HCI and likes how her office has a huge role in getting people the help they need.

“When people present themselves to us, they let us know what their concern is,” she said. “Then we connect them with a nurse or a therapist who completes a crisis assessment. From that crisis assessment, we’ll contact the doctor that’s on call to see what the best treatment plan is for that patient.”

The Access Services center is located in Terre Haute but is not limited to just potential clients in that location.  Hamilton Center also has offices in Bloomfield, Clinton, Indianapolis, Plainfield, Spencer, Brazil, Greencastle, Linton, Rockville, Sullivan and West Terre Haute. Anyone in those locations needing help can also contact the Access Center at (800) 742-0787 or go to www.hamiltoncenter.org.

Sebastian related a story from a recent encounter with a man who was reaching out for assistance.

“A man called in who was contemplating suicide,” she recalls. “And then once we talked to him and he understood that we were there to listen and assist, he was very thankful and felt much better.  He said usually he felt like nobody’s there for him.”

Sebastian noted that her department has a goal of getting help to someone in the community within 30 minutes of receiving a call.

“We were able to get him here for an assessment that really changed his entire day and his outlook on mental health facilities in general,” she said.

Sebastian recalled another recent situation involving a man contemplating suicide who was visiting from California.

“He ended up here but needed residential substance abuse treatment. We were able to connect with the most appropriate level of treatment. He received an assessment with them that same day and was admitted.”

Sebastian noted the man has stayed around Terre Haute and still stops by the access center when he’s in the HCI building.

“Whenever he stops by our pharmacy to pick up his medicine, he stops in and basically just says, ‘thank you’,” Sebastian said. “He said, ‘You know, I feel like I was never being heard. I ended up in this random state where I knew no one and you guys were the only ones who helped me.’ That’s one that always sticks with me. He still sounds fine and just says, ‘Hey, I’m doing good.’ I love that.”

Sebastian noted that the two possible options for those seeking help are inpatient or outpatient treatment.

“If it’s inpatient, we go ahead and facilitate that to get them in our [IPU],” she said. “If it’s outpatient, we also get the follow up in place to ensure timely treatment. We don’t ever turn anyone away. Something that’s really big to someone else may be small to me and you.”

If people are unable to make it to any Hamilton Center office location to get their situations resolved, Access Services can send out its mobile crisis unit to provide the same assistance.

“Our goal is to intervene before it gets to the point of hospitalization,” Sebastian said. “If you feel like you’re suicidal in the community or depressed and you don’t have a ride to come into the Access Center, it’s an amazing alternative to dialing 911 and having law enforcement involved. I feel like it’s more therapeutic for our patients for us to be able to go out and intervene.”

Such a service also allows law enforcement to better focus on that intended topic instead of trying to diffuse issues of mental health.

“If a 911 caller is voluntary, the police have been picking them up and just dropping them off here,” she said. “They’ll call us ahead of time and say, ‘Hey, so-and-so’s on the way’, so we’ve got a really good relationship with the police department.”

Jordon Miller had worked in the Inpatient Unit at Hamilton Center for nearly four years before moving into a management position in Access Services.

Miller considers his new department as kind of the backbone of the entire HCI operation.

“I would describe it as a central hub for everything that goes on with Hamilton Center,” he said. “I like how vital and integral the Access Center is. My manager position is a bit different than my job on the IPU – it’s a lot more fast paced with a lot more department collaboration

Before the Access Center became a 24-hour operation, Miller handled many of the same kinds of crisis calls as a night shift mental health technician on the IPU.

“I was pretty well-versed in crisis intervention over the phone and facilitating referrals coming in from other hospitals and dealing with people who may be in a suicidal crisis or doing wellness checks,” Miller said. “We do a lot of really important work in there, and we have the right team put together. It just makes everything go really smoothly and kind of fall together.”

I play on the radio from 7 am -1 pm weekdays on 98.9 FM WYRZ and WYRZ.org. Follow me on twitter @WYRZBrianScott or e-mail me at brian@wyrz.org.
Previous WalletHub Study Finds Indiana Is the State with the Best Unemployment Rate Recovery
Next Boone County Man Arrested on Murder Charge