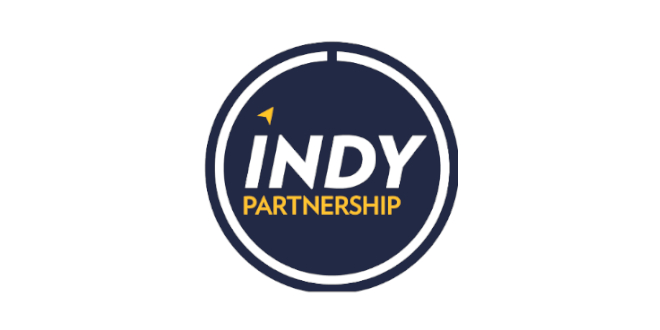 INDIANAPOLIS (Feb. 24, 2020) — The Indy region boasts a thriving ecosystem for the growing agribusiness industry, encompassing a spectrum of rural and metropolitan environments in the heart of the Hoosier state. This diversity has enabled the development of many industry sectors throughout agribusiness, including logistics, technology and research.

While agribusiness and agbiosciences traditionally include crop and livestock production, they also incorporate inputs such as animal medicines or farm equipment, as well as outputs such as value-added food production. Who doesn’t like cakes, pies, and other pastries? Indy Partnership data shows manufacturing of food items is nearly 14 times more concentrated in our region than the rest of the country, has average pay above the state average and has grown a steady 3% over the last five years.

Additional data from Indy Partnership shows soybean farming, as a segment of farming, is up 49.2% across the region, and soy-based foods are part of a growth trend of 5.7%, which is reflective of the evolving consumer demand and tastes around the country. Greenleaf Foods, a wholly-owned subsidiary of Maple Leaf Foods, is an example of this growth. The manufacturer of plant-based meat alternatives has been building a $310 million facility in Shelbyville. Even before that plant is fully operational, Greenleaf announced earlier this year plans to increase tempeh production capacity through the acquisition of a food processing facility in Indianapolis. Tempeh is an increasingly popular protein product made from fermented soybeans. If popularity continues among consumers, the company already has plans for a second phase expansion.

To supplement this industry growth and expansion, Indy Partnership is fortunate to have a strong relationship with AgriNovus Indiana, an initiative to fuel growth in Indiana’s agbioscience economy. Together, they are utilizing vast networks to connect existing and perspective industry businesses and resources. AgriNovus serves as an industry expert and innovation leader, assisting the partnership with key priorities such as talent development, entrepreneurship and business growth.

AgriNovus recently released their 2020 Assessment of AgBioScience in Indiana which analyzes a number of data points to evaluate the state’s performance, growth and innovation in this agricultural and biological research industry. These findings help provide economic development groups such as Indy Partnership and the nine county economic development organizations it represents with in-depth research and insights to make advancements in attracting agribusiness to the region.

There have been a number of additional recent announcements representing the growth and development happening in this industry throughout the Indy Region, including AgTech company Taranis selecting Hamilton County as the site for its global headquarters. The international company, which utilizes drone technology to capture high-resolution images of fields, plans to invest more than $10 million in Westfield creating nearly 60 jobs.

Additionally, Elanco Animal Health, the world’s second-largest animal health company announced plans to expand in the region with a $300 million investment in downtown Indianapolis to establish a global hub at the former GM Stamping Plant site.

“These plans for agribusiness growth and expansion are encouraging,” says Andrew Crecelius, director of strategy and global initiatives with Indy Partnership. “The efforts put forth over the past 5 years in partnership with AgriNovus and other partners to bring the industry to the forefront and celebrate its success in Indiana has been instrumental in continuing the momentum for the Indy Region.”

The Indy Region possesses a unique characteristic of overlap and collaboration amongst diverse industry clusters that has allowed it to maintain relevancy and health even in times of economic downturn. The agribusiness sector, along with the life sciences ecosystem, play an integral part in this success as industries are able to take advantage of the overlap in areas such as manufacturing and logistics, using shared resources and knowledge to rise together.

To continue this success, Indy partnership is diligently working to facilitate conversations between the counties they serve and industry-specific resources. There has already been a roundtable discussion with AgriNovus President and CEO, Mitch Frazier, and plans are in place for future assistance to support business attraction and expansion efforts.

“Accelerating economic growth requires a team approach to enable companies to harness the power of Indiana’s strengths and capabilities across every industry,” says Frazier. “As the statewide initiative focused on growing Indiana’s $52 billion agbioscience economy, AgriNovus is committed to working alongside leaders to expand Indiana’s diverse agbioscience economy.”

Indy Partnership is a regional economic development organization supporting nine Central Indiana counties including Boone, Hancock, Hamilton, Hendricks, Johnson, Madison, Marion, Morgan, and Shelby. With a strong focus on business and talent attraction, retention and expansion, Indy Partnership strives to elevate the Indy Region as a great place to live, work and do business while also fostering impactful relationships for sustainability and growth.

I play on the radio from 7 am -1 pm weekdays on 98.9 FM WYRZ and WYRZ.org. Follow me on twitter @WYRZBrianScott or e-mail me at brian@wyrz.org.
Previous IMPD Homicide Detectives Make Arrest in West Side Homicide Investigation
Next Plainfield business named among Best Places to Work in Indiana