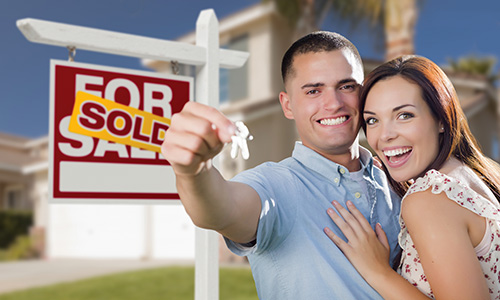 INDIANAPOLIS – Governor Mike Pence issued a Proclamation that was delivered by Lt. Governor Eric Holcomb this morning, declaring June as Homeownership Month in Indiana. The Lt. Governor was joined by members of the Indiana Housing and Community Development Authority (IHCDA), Indiana Builders Association (IBA), Indiana Association of REALTORS (IAR), Indiana Mortgage Bankers Association (IMBA) and Habitat for Humanity of Indiana for a special reading of the Proclamation and Celebration of Homeownership Month at the Indiana Statehouse.

“In context of our State’s Bicentennial, we should note that homeownership was a key driver in the settling of Indiana Territory and ultimately our statehood,” said Lt. Governor Holcomb. “And today homeownership remains a goal for most Hoosiers. My guess is that these feelings in 2016 are not a lot different than those earlier settlers who staked their claims on a piece of land.”

Homeownership has long been the cornerstone of the American dream, representing more than just shelter but an enduring symbol of achieving prosperity. According to 2016 first quarter data, the percentage of homeowners in the United States has fallen to a 19-year low. However, the percentage in Indiana remains seven points above the nationwide average (63.5%) at 70.5%.

“Homeownership not only builds individual and family assets but has a large impact on community economic development,” said IHCDA Executive Director Jacob Sipe. “Thanks to our partners at IBA, IAR, IMBA and Habitat we are making the dream of homeownership a reality for Hoosiers across our state at a rate much higher than the national average.”

Since its inception in 1978, IHCDA has been making the process of buying a home a reality for thousands of Hoosiers by providing down payments, offering low interest rate loans and offering tax credits. These programs include the Mortgage Credit Certificate (MCC), Next Home, Next Home with MCC Combo, Affordable Home and My Home Conventional. The agency also provides foreclosure prevention assistance through Indiana’s Foreclosure Prevention Network with assistance from the U.S. Department of Treasury for Indiana’s Hardest Hit Fund.

In June 2002, President George W. Bush signed a proclamation making June National Homeownership Month. The goal of this initiative was to develop support programs and incentives to help  American citizens realize the dream of homeownership.

I play on the radio from 7 am -1 pm weekdays on 98.9 FM WYRZ and WYRZ.org. Follow me on twitter @WYRZBrianScott or e-mail me at brian@wyrz.org.
Previous Schools and Youth Organizations Receive Funds to Assist Indiana’s 21st Century Scholars
Next IMPD Homicide Detectives Investigate After A Man is Shot Dead