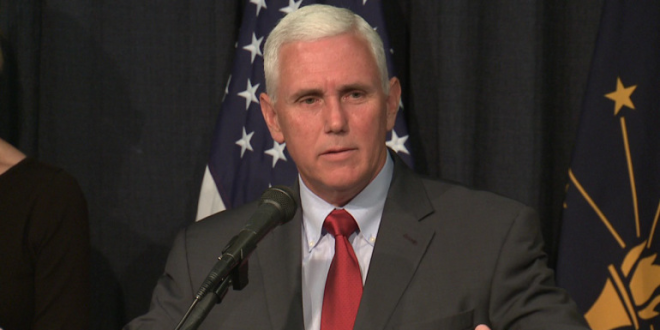 Indianapolis – Following reports that a Syrian refugee was among the perpetrators of the terrorists attacks that took place in Paris on Friday, Governor Mike Pence issued the following statement:

“In the wake of the horrific attacks in Paris, effective immediately, I am directing all state agencies to suspend the resettlement of additional Syrian refugees in the state of Indiana pending assurances from the federal government that proper security measures have been achieved. Indiana has a long tradition of opening our arms and homes to refugees from around the world but, as governor, my first responsibility is to ensure the safety and security of all Hoosiers. Unless and until the state of Indiana receives assurances that proper security measures are in place, this policy will remain in full force and effect.”

The Refugee Resettlement Office in the Division of Family Resources in the Family and Social Services Administration (FSSA) administers the Syrian resettlement program.