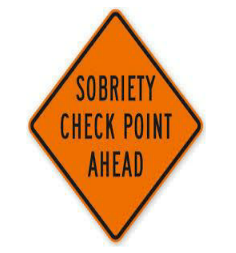 Reminders so motorists do not find themselves “Over the Limit and Under Arrest”: